Hanging out with his friends, Pingo, Pingg and Robby
Spending time with his family and sister Pinga
Dating Pingi

Giant Walrus (in his dream)

Pingu is the main protagonist of the British-Swiss series of the same name (which ran from 1990 to 2006) and its 2017 sequel series Pingu in the City. His name comes from the German word for penguin (Pinguin). His full name is unknown, however, he has had many fanmade full names, a popular one being "Pingu J. Penguin". The J has been said to be Jeffery, but the fact that Pingu the show is from Switzerland makes this unlikely.

Pingu lives in Antartica with his parents and younger sister Pinga. He also has two grandfathers, several aunts and two cousins. He is best friends with a seal named Robby and other penguins named Pingo, Pingg and Pongi.

In the episode Pingu's Admirer, he catches the attention of a female penguin named Pingi. At first, Pingu didn't like her, but by the end of the episode, he falls in love with her and they eventually start a relationship.

In Pingu in the City, Pingu and his family leave their igloo home and move to a city.

Pingu is a black and white round penguin with orange/yellow feet and a red beak. Although he can change his appearance by changing his size or turning into a ball for many purposes. Very rarely, he can detach his head as seen in Pingu Looks After the Egg.

Pingu is a cheery fun-loving penguin who lives with his family in the South Pole. He sometimes helps his mother and father out with chores, and he often takes care of Pinga when Mother and Father are busy.

Like any child, he's constantly pushing boundaries so even the most routine activities transform into the unexpected when Pingu gets involved. Luckily, Pingu is as good at getting out of trouble as he is good at getting into it and he usually manages to win everyone over with his playful nature.

Despite a genuine caring nature, Pingu can be very troublesome and mischevious as most kids are. There is a recurring gag in the series where Pingu refuses to eat or misbehaves at the dinner table. It was part of the plot in Pingu Runs Away. When Pinga is born in The New Arrival, Pingu becomes upset that he couldn't see the birth, and tries as much as he could to get to Pinga. In the episode Jealousy, Mother wants Pingu to stop behaving badly while she looks after Pinga and Pingu becomes upset and hides in a toy box.

As the series progressed, Pingu became a much more mature and responsible penguin. He later has a crush on Pingi. He hangs out with his friends more and takes responsibility, as seen in Pingu and Pinga at the Kindergarten. This new trait carried over to Pingu in the City, where he took on several jobs in the show. 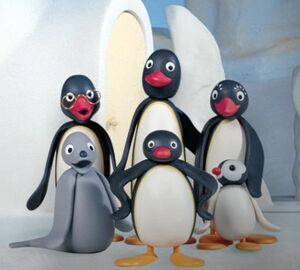 Pingu with his family and best friend Robby 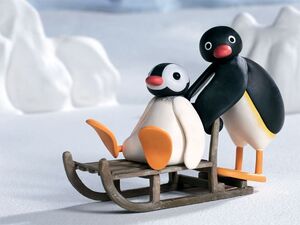 Pingu with his younger sister Pinga 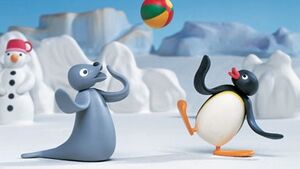 Pingu and his best friend Robby 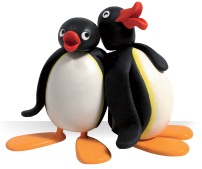 Pingu with his other best friend Pingo. 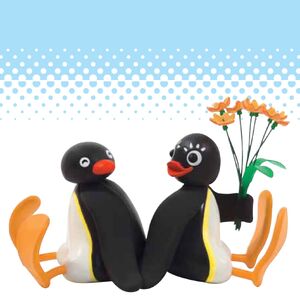 Pingu and his girlfriend Pingi 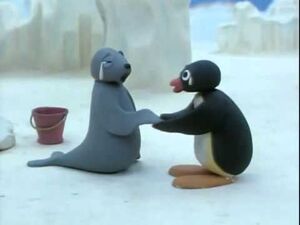 Pingu is sad for Robby the Seal. 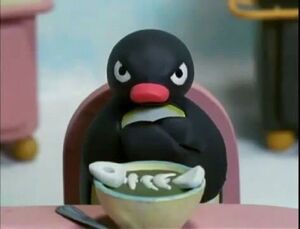 Pingu angry at his food 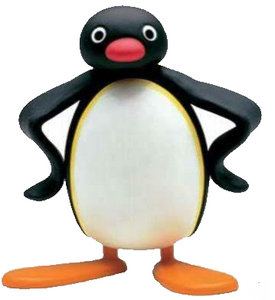 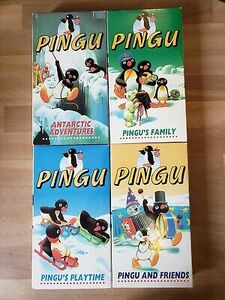 Pingu's Quadruple feature
Add a photo to this gallery

Retrieved from "https://hero.fandom.com/wiki/Pingu?oldid=1855453"
Community content is available under CC-BY-SA unless otherwise noted.