Powerful sense of smell that can find anything

Eat everything and everyone that he meets (formerly).

Pluto is a major protagonist of The Walt Disney Company.

Like his master Mickey, he can get into a large amount of trouble but has enough brains to escape the situation. He acts as Mickey's sidekick, best friend, conscience in some occasions, and pet. The pet is extremely loyal but on occasion does have the tendency to argue and be fussy with people or even Mickey.

He shows a strong disliking towards cats. This hatred could have mostly been sparked by not only natural instincts, but the rivalry with Minnie's cat Figaro. The two constantly compete for Minnie's attention and love but in recent years have been much kinder to each other. Pluto is also famous for his powerful sense of smell. According to Mickey, Pluto can find anything and anybody with his nose. He appears to be a mixed breed containing both a bloodhound and a pointer.

While intelligent enough, Pluto can be a bit clumsy and his childlike persona is often mistaken for stupidity. He's not immune to being outwitted but can get back on track which is usually bad news being that Pluto can have a nasty temper. He has two consciences. One evil (which is Pluto's devil counterpart) and one good (which is Pluto's angel counterpart). They occasional appear in hard situations and Pluto tends to listen to the negative side at the beginning but the positive doesn't take no for an answer, having Pluto do good in the end.

The pup has an A-list life: a good home, family, and the greatest owner for his type, but he has been accidentally mistreated. Being that he spends most time in the house, he has been blamed for a handful of things. His pal Mickey has always forgiven him in the end as he is often reminded why Pluto is deemed his best friend. This situation showcases the strong bond between Mickey and Pluto who can be inseparable at times.

Pluto also has the tendency to fall in love rather quickly. Whenever this would occur, Pluto would usually stop at nothing to win the heart of the girl in question. Some of the girls Pluto has been smitten with include: Fifi the Peke, Dinah the Dachshund, and Tiki. Despite his recurring love bug, the cartoon Pluto's Penthouse Sweet, showed that Pluto's friendship with Mickey can overshadow his love interest. 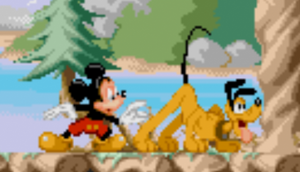 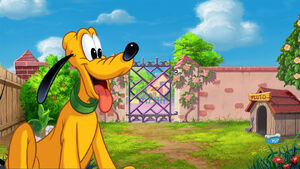 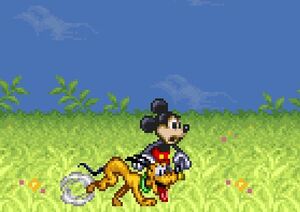 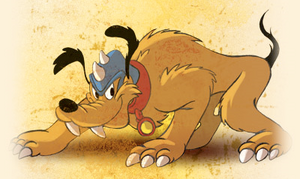 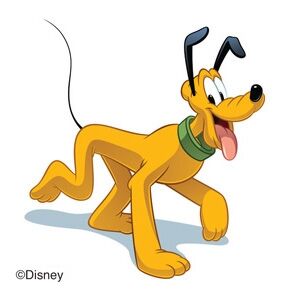