Protecting the world from evil

Fighter, Amazon, Superheroine
Polaris (Lorna Dane) is a fictional comic book character appearing in books published by Marvel Comics, in particular the X-Men family of books. Created by Arnold Drake, Don Heck, Werner Roth and Jim Steranko, Polaris first appeared in The X-Men #49 (October, 1968). For most of her publication history, she has been a superheroine, and a member of either the X-Men or one of its sister groups, such as X-Factor, though from 1987 to 1989, she was possessed by a villainous telepathic entity, and functioned as the supervillain Malice.

A mutant and recurring member of the X-men, Polaris can control magnetism, similar to that of Magneto, whom she long suspected to be her biological father, a revelation confirmed in Uncanny X-Men #431 (November 2003). She has also had a complicated long term relationship her fellow X-Man Havok, to whom she was engaged to for a time. Another aspect of her character is her recurring struggles with mental-health issues, including infrequent but severe bouts of mental distress that cause her act erratically or have problems with her own powers and psyche. Polaris makes her live action debut in the television series The Gifted portrayed by actress Emma Dumont. 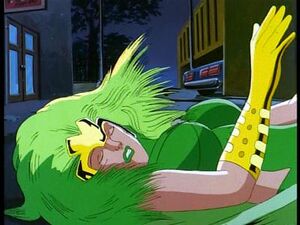 Polaris in the animated series 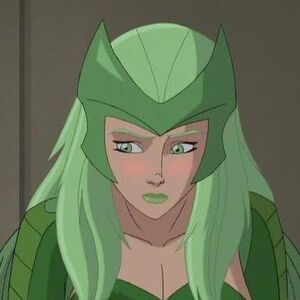 Polaris in Wolverine and the X-Men 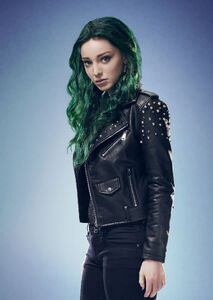 Polaris as she appears on The Gifted, played by Emma Dumont
Add a photo to this gallery

Retrieved from "https://hero.fandom.com/wiki/Polaris?oldid=1970087"
Community content is available under CC-BY-SA unless otherwise noted.