Digimon
Ponchomon is the alternate form of Palmon that appears in Digimon Adventure: 2020 anime.

She is voiced by Kinoko Yamada in the Japanese version.

Ponchomon is the ghost cactus. She wears poncho, dark red gloves and sombrero. She had fangs.

When an irregular digivolvtion triggered by a sonic attack that causes anomalies in Palmon. Palmon's vines and blooming flower kept growing to obscene heights and lengths, and this was taken to the extreme until Palmon digivolve into this strange new digivolve.

Etemon and Volcamon using their abilities to defeat one another and their combined efforts send shock waves through the rest of the forest. These soundwaves impacted Palmon in such a strange way, Palmon digivolve to Ponchomon.

Ponchomon was able to save the day. 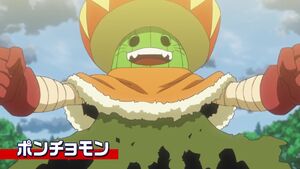 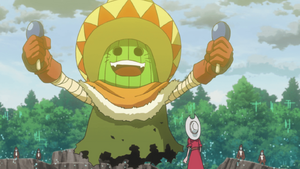 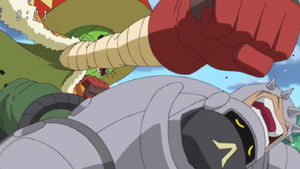 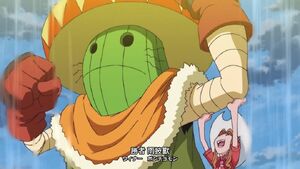 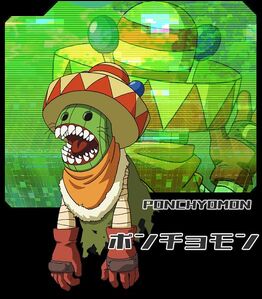 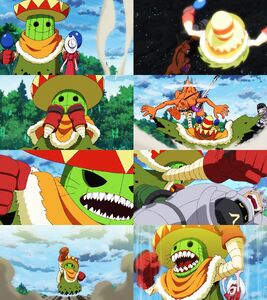