She was voiced by Misaki Kuno in the Japanese version, and by Arina Ii in the English version.

In the land of Alrest, Blades are the result of a Driver resonating with a Core Crystal. Should the Driver have the right aptitude, they will gain a fighting partner with the ability to manifest weapons. However, if they don't there can be disastrous consequences to the point that people spontaneously bleed out. Wanting to be a part of this process a Nopon named Soosoo attempted to resonate with a Core Crystal but failed and gained a nose bleed for three days. So Soosoo thought if he couldn't naturally become a Driver, he'd just a Blade for himself. This work and research took decades and by the time he made a model, he already had a son named Tatazo who in turn had a son named Tora. The three Nopon shared the desire to become Drivers and continued to work on this artificial Blade named Lila. However, one day the family was attacked by the mob and claimed Soosoo, Tatazo and Lila. Before being captured, Soosoo gave Tora Lila's blueprints and ether furnace to continue his research in Gormott. Years later, Tora would continue to work on an artificial Blade and would encounter Rex who would help him finish this project. After finishing the Blade Pyra told Tora that he couldn't keep calling the Blade "artificial Blade" so Tora named her Poppi. Poppi would then serve as Tora's Blade and overall muscle and helped Rex with his journey to Elysium.

Poppibuster is a Nopon shaped mech piloted by Poppi MK. II that can be used by every Drivers other than Tora since his main purpose is to have Poppi fight with multiple Drivers at the same time. Poppi MK. II has no mind of her own and is herself remotely controlled by the original Poppi. The Poppibuster has his own A.I however and is programed to assist Poppi. The Poppi Buster's element is light and is equipped with a Shield Hammer as his weapon.

As a result of being an artifical Blade, Poppi has some abilities that are exclusive to her. 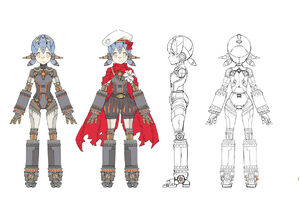 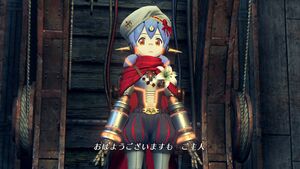 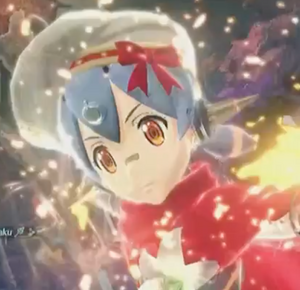 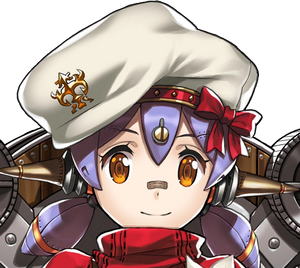 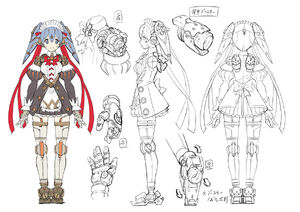 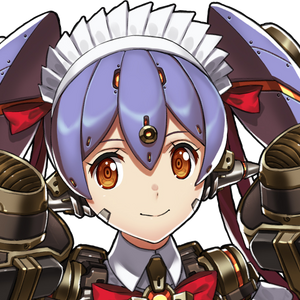 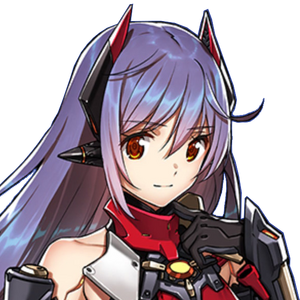 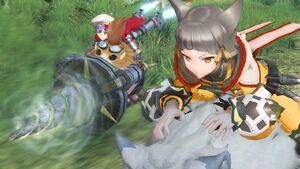 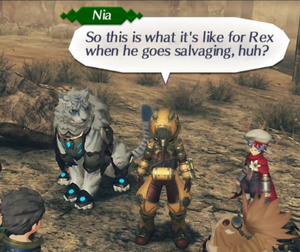