Potemkin is a hero from Guilty Gear debuting in the first game. He was a former slave in the empire of Zepp, and was a supporter of the democratic revolution that took place. He is currently a member of Zepp's elite presidential guard.

Potemkin is a dark skin big tall muscular man who wears a red slave bomb collar that is deactivated when he regained his freedom. He has brown hair that he ties up in a ponytail. He also wears red battle gauntlets that he uses in battle. Potemkin's design also has him wearing blue jeans and red toed brown boots. On his left arm he has a barcode tattoo.

In Guilty Gear Xrd -SIGN-, Potemkin's design has changed drastically, as he now sports a green body suit with grey spiked shoulder pads. He also wears an armor helmet with decorative orange ponytail, thus his eyes are the only things that are visible as most of his face is covered.

Despite his appearence, Potemkin is actually a very intelligent calculating individual who dislikes fighting, only doing it when absolutely necessary. He is also generally kind to others, and is capable of keeping his patience even when the person he's speaking to isn't being necessarily friendly.

Potemkin is sent by his Zepp Military superior Sergeant Gabriel to participate in the tournament that Testament holds. In his ending, Potemkin has just defeated Justice and is exhausted from the fight, Gabriel suddenly appears and states Potemkin's mission has not yet been completed and that the tournement was simply his 'final test'. Seething with rage, Potemkin yells at Gabriel, but before he can do anything else to vent his anger, Gabriel explains how he too detests the corrupt Zepp regime and offers Potemkin to join his revolution. Surprised by this, Potemkin joins and takes off his slave neck collar, with Gabriel assuring it will not explode.

Potemkin is sent, supposedly as a bounty hunter, to face Dizzy -- though rather than destroying her, his intention is to rescue her and bring her to Zepp in secret. In one ending, Johnny interferes, and Dizzy goes with him and May instead; in the other, Dizzy goes with him to Zepp, where she finds happiness. Events in subsequent games render the second ending impossible.

On a tip from Slayer, Potemkin goes to look for Dizzy, whom I-No had knocked off the May Ship, and subsequently becomes entangled in the affairs of the Post-War Administration Bureau. One of his endings ends with him bickering with Johnny over whether Dizzy should go back to the May Ship or to Zepp. In his second ending, he fights with Bridget, who mistook him for a bounty hunter chasing Dizzy. His third ending has Potemkin fighting against an army of Robo-Kys.

Potemkin investigates the Post-War Administration Bureau because he considered them dangerous for the Zepp Nation. He dismantles Robo-Ky and Justice clone units before returning to his country. There, Bureau members sends a suicide bomb Robo-Ky to kill President Gabriel. Potemkin covers the explosion, resulting in his death, and he's remembered as a hero with a statue on the city square. (Path 2)

Depending on the player's choices, however, they may end up fighting Chipp Zanuff during his storyline where he still seeks the presidency. Should the player defeat Chipp with Potemkin's Instant Kill, he convinces Chipp to join the presidential bodyguard unit, similar to Chipp's Path 1 ending. (Path 1) 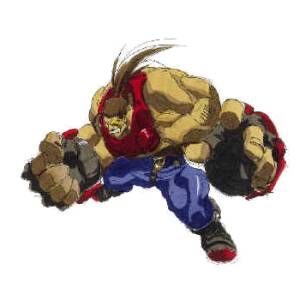 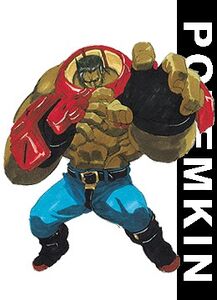 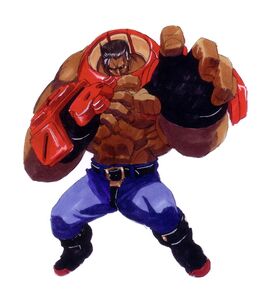 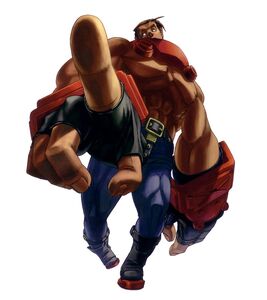 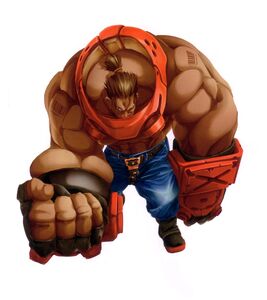 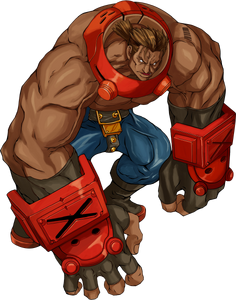 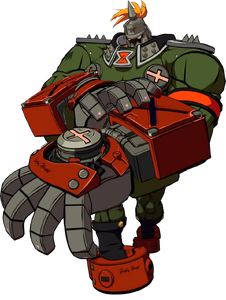 Guilty Gear Xrd -SIGN-
Add a photo to this gallery 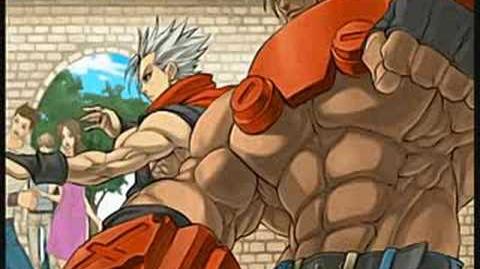 Retrieved from "https://hero.fandom.com/wiki/Potemkin?oldid=2283064"
Community content is available under CC-BY-SA unless otherwise noted.