Beating up villains and defending Townsville

To protect The City of Townsville.

Princess Morbucks (first appeared in Stuck Up, Up, and Away, became a temporary member in Boy Toys)
Mayor
Ms. Bellum

The Powerpuff Girls are a group of puffed human girls and the titular protagonists of the Cartoon Network series of the same name. The de fecto group members are Blossom, Bubbles, and Buttercup. Their main nemesis is Mojo Jojo. They are interestingly both sisters and daughters to Mojo, because he accidentally created them, but also became mutated in the same room as them, and by the same ingredient known as Chemical X.

In Powerpuff Girls, the girls were created by Professor Utonium out of "sugar, spice, and everything nice", as well as the accidental addition of Chemical X, due to being accidentally bumped by his then lab assistant, Jojo, (later to become the evil villain Mojo Jojo.) After the events of Powerpuff Girls Movie, the Powerpuff Girls "dedicated their lives to fighting crime and the forces of evil."

In Powerpuff Girls Z, Peach (not in the original series) threw a rice cake into a batch of Chemical X, turning it into a new substance which would be named Chemical Z by Professor Utonium. Ken (Utonium's son) uses the Chemical Z to destroy a giant glacier caused by global climate change. However, the impact of Chemical Z caused several black and white lights to appear in the Tokyo sky. Three ordinary girls, Momoko Akatsutsumi ("Hyper" Blossom), Miyako Gotokuji ("Rolling" Bubbles), and Kaoru Mastubara ("Powered" Buttercup), were engulfed in white lights and were transformed into the Powerpuff Girls Z. During the anime, the girls most often fight people, animals and objects affected by the black lights and Him's black particles.

Appearance in The Powerpuff Girls

The Powerpuff Girls are drawn with physical traits that make them exaggeratedly cute. They wear dresses with a black belt, white stockings and black Mary Jane shoes. They have large eyes, oval-shaped heads, stubby arms and legs, and, although they are able to hear, smell, touch and hold, have no necks, noses, ears, fingers, or toes (often joked about in the series). They stand 2' 3" and weigh 61 lbs. Although they are superheroes they greatly resemble seemingly harmless little girls.

Whether they actually have the aforementioned features or not is not fully clear; in the episode "Criss Cross Crisis," when the Girls switch bodies with other people in Townsville, Buttercup, who had swapped bodies with Professor Utonium, complained that her hand did not work when trying to pick up the phone (meaning that the girls' fingerless hands could pick things up at will.) However, in the same episode, Bubbles, in the Mayor's body, is seen using a toothbrush without trouble, and the characters who are in the girls' bodies have no issue holding objects. In the episode "Curses," all three of the girls play "rock-scissors-paper," and can apparently distinguish who chose what. Additionally, Bubbles counts on her unseen fingers in the episode "Mo Job" and Buttercup snaps her fingers in "Boogie Frights." However, in "Oops, I Did It Again," the Professor dreams of normal versions of the girls, "The Run-of-the-Mill Girls," each with the features clearly. 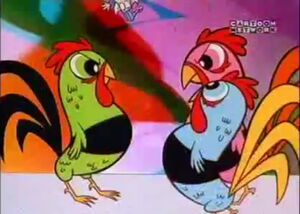 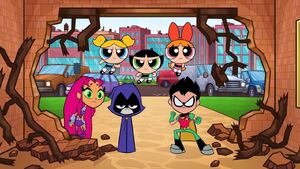 The Powerpuff Girls with the Teen Titans 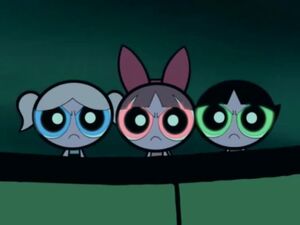 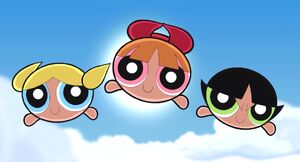 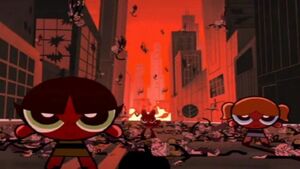 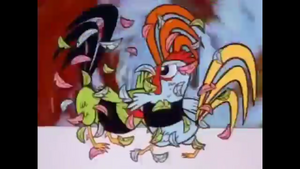 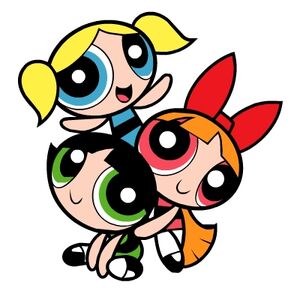 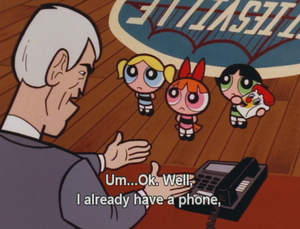 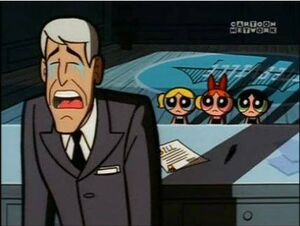 Poor the Mayor of Citiesville cries that a city bridge was damaged. 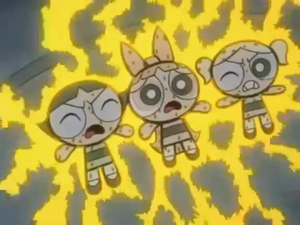 The Girls having cruelly tortured for draining their Chemical X by Dick. 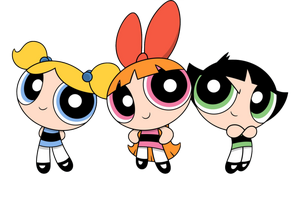 The Powerpuff Girls as they appears in the 2016 series.
Add a photo to this gallery

Retrieved from "https://hero.fandom.com/wiki/Powerpuff_Girls?oldid=1490560"
Community content is available under CC-BY-SA unless otherwise noted.