The Predators are an alien species that serves as the main antagonists and protagonists of the Predator franchise.

In 2004, a Predator ship arrived in Earth orbit to draw humans to an ancient Predator training ground on Bouvetøya, an island one thousand miles north of Antarctica. A buried pyramid which gave off a "heat bloom" attracted humans led by Charles Bishop Weyland, who unknowingly activated a Xenomorph production line. Three Predator hunters initiate entered the structure, killing all humans in their way with the intention of hunting the newborn Xenomorph warriors. Two Predators died in the ensuing battle, while the third (credited as Scar in the credits) allied itself with the lone surviving human, Alexa Woods, to battled the escaped Queen Alien. The Queen was defeated, but not before she fatally wounded Scar.

The Predator ship hovering above the battleground uncloaked, and the crew retrieved the fallen Scar. A Predator elder gives Alexa a spear as a sign of respect and then departs. Once the Predator ship was in orbit, it was revealed that a Chestburster was in Scar 's corpse, though this specimen had Predator mandibles. 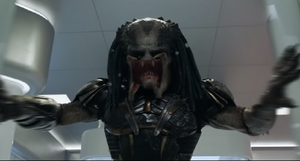 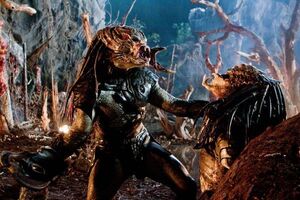 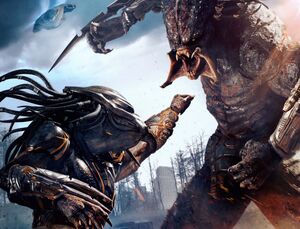 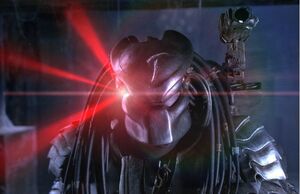 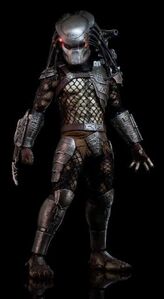