Lord Business, also known as President Business or just simply known as Business, is the reformed main antagonist of the 2014 hit animated film The LEGO Movie, and a minor character in its 2019 sequel The LEGO Movie 2: The Second Part. He is the villainous and cruel president/overlord who wanted to destroy the LEGO world by gluing it together with the powerful superweapon known as the "Kragle".

He was voiced by Will Ferrell who also played Megamind in the 2010 animated film of the same name, Brennan Huff in Step Brothers, Buddy Hobbs in Elf, Ron Burgundy in Anchorman and its sequel and The Man Upstairs - his human counterpart. In Japanese dub from the movie, he is voiced by Koichi Yamadera who also voiced Megamind, Dracula in Hotel Transylvania, Genie in Aladdin, Manny in Ice Age, and Beast in Beauty and the Beast.

It is later revealed that a boy named Finn based Lord Business off of his strict father, who had a hobby of collecting LEGO, but refused to allow his son to play with them. He, too, had the idea of gluing every piece together in their optimal positions. However, Finn's father (and consequently, Lord Business) both had a change of heart by the end of the movie.

The father realized that his obsession was alienating him from his son, who told him that anybody can be special in their own different way and that the fun of LEGO is not just to assemble it as instructed, but to use it to create something new - which is also what Emmet tells Lord Business, making him renounce his villainous ways and cure everyone of the Kragle using water. After that, he reformed and became a president again. However, at the end of the movie, an unknown species of alien visits the LEGO world, announcing their intentions to destroy it and all of their inhabitants. 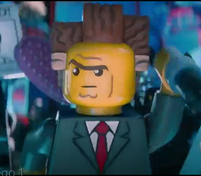 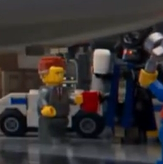 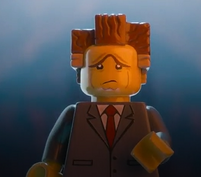 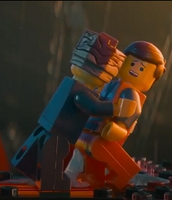