Honorable Monarch
Prince Kit Charming is the most handsome prince and the deuteragonist of the 2015 Disney remake Cinderella.

He is played by Richard Madden.

Kit met Ella (in this adaptation her name is Ella but the Cinder part is added by her stepsisters) in the woods by chance and they bonded just like that. She was unaware about who he is. He invited her to the ball and convince his father to let every eligible maiden to attend. Even though the law of his country, said that the prince has to marry a princess. But the King will make an exception of his choosing. The king already agreed with the prince to let every eligible maiden to attend and find a bride of his choosing. Kit is looking for a girl who likes him for him is not what he can offer.

He saw Ella and fell in love with her an instant again. He never knew her name and Ella at that point realized he was the prince. He shows her his secret garden. But they fell in love, around midnight she left because the spell would be broken. The prince tried to catch up with her, he even ordered the guards to stop her, but it was too late. Ella manages to escape home before the final stroke of midnight; the spell dissipates and everything reverts back to its true form. Ella hides the remaining slipper under her bedroom floorboards.

Kit's father dies, but not before giving his son permission to marry Ella. Now as the new King, Kit issues a royal proclamation professing his love for the “mystery princess” and requests she present herself. Ella hurries to retrieve the glass slipper to prove her identity, only to find it with her stepmother. Having deduced that Ella is the mystery princess, Lady Tremaine attempts to blackmail Ella to make her head of the royal household and find respectable husbands for her stepsisters, in exchange for giving Ella's hand in marriage to Kit. Ella refuses, and Lady Tremaine smashes the slipper and locks Ella in the attic. She brings the shattered remains of the slipper to the Grand Duke, who agrees to make her a countess and secure marriages for her daughters in exchange for keeping Ella hidden.

The Grand Duke and the Captain of the guards lead the search for the mystery princess by trying the slipper on every woman in the kingdom, but it refuses to fit anyone. At the Tremaine estate, the shoe fits neither stepsister; the company prepares to depart, but hear Ella singing Lavender's Blue. The Grand Duke urges them to leave, but Kit, who has secretly accompanied them, commands the Captain to investigate. The slipper fits Ella, and she and Kit promise to accept one another for who they truly are. As they leave, Ella forgives her stepmother. Soon after, Lady Tremaine, her daughters, and the Grand Duke leave the kingdom, never to return.

Ella and Kit marry and become their kingdom's finest monarchs, ruling with the courage that Ella's biological mother promised, and living happily ever after. 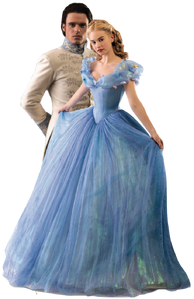 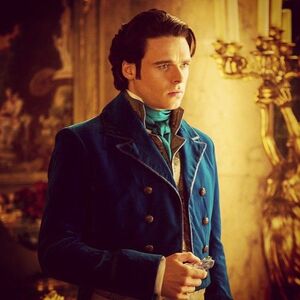