Prince the 12th or simply Prince is a British look-alike of Garfield and an Royal Cat who is the tritagonist of Garfield: A Tail of Two Kitties.

He looks like Garfield. He and Garfield switched their roles and their places.

Prince XII starts to become addicted to the lasagna similiar to Garfield. When he returns to England to stop Lord Dargis from marrying Liz, he meets Garfield who becomes his best friend and the two work together to take down Lord Dargis with the help from Odie including his animal friends in order to protect Liz and Jon Arbuckle from the evil Lord Dargis, and he helped him to defeat Lord Dargis.

With Lord Dargis finally arrested by the British police for animal cruelty, he accepts Garfield as the Prince Cat from England and decides to live with his animal friends.

He is voiced by Tim Curry who also played Gomez Addams in the 1998 comedy film Addams Family Reunion, and voiced the anti-hero the Goblin King from Scooby-Doo! and the Goblin King. 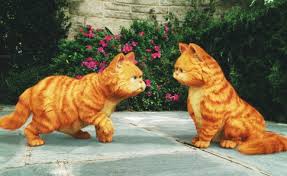 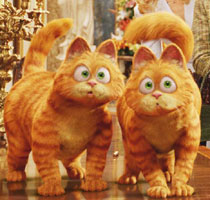