Princess Brietta is the deuteragonist in the Barbie and the Magic of Pegasus. She is the older sister of Princess Annika.

A few years before Annika was born, Wenlock came to the castle on Brietta's birthday and asked Brietta to be his bride. The King was refused to let him marry her. In order to revenge, Wenlock turned Britta into Pegasus. Brietta's parents did everything to make her human again, but it didn't work. Brietta couldn't bear to see her parents so sad, but she leave and flew to the Cloud Kingdom, where she lived for many years.

When Annika was born, the King and Queen were moved to a castle in the distance to protect her from Wenlock. Watching her secretly through Brietta. Despite this, Winlock would find Annika and ask her to marry him. When she can refuse, he will turn everyone in the kingdom into stone, including the parents of Annika and Brietta. Fortunately, Brietta was able to save Annika and Polar Bear Shiver and bring them to the Cloud Kingdom. Annika finally got to know the truth about Britta.

While Brietta tried to find the magic Wand of Light to break the spell of Wenlock, but failed. As a result, she gave up her hope of stopping him, but Annika encouraged her sister to continue her efforts. Brietta helped Annika find and rebuild the wand, and Annika used it to return Brietta back to human. But later on, they are returned to their kingdom, however, Wenlock attacked them, causing Britta to be stunned. When she arrived, Brietta find Wenlock that stole his wand and buried her sister under the snow. Fortunately, Aidan, the blacksmith they met on the road, came back and helped Brietta save Annika.

After defeating Wenlock, Annika brought Brietta back to their kingdom, where she would definitely reunited with her parents.

Brietta is a very kind, sweet, and charming girl. She is kind to everyone and is brave when it comes to saving Annika. At first, Brietta had given up hope of ever breaking her spell and could be quite pessimistic, but Annika helped her to stay positive and not give up so easily. 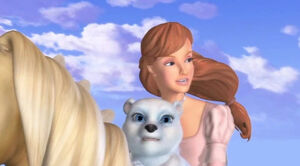 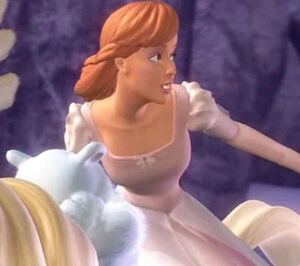 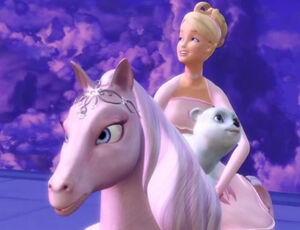 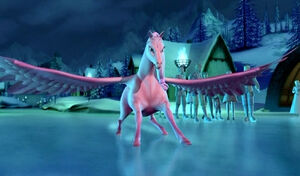 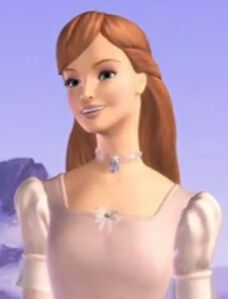 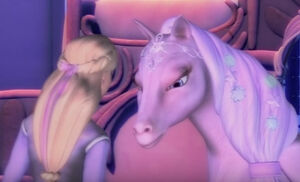 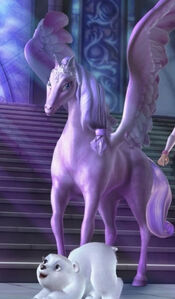 Retrieved from "https://hero.fandom.com/wiki/Princess_Brietta?oldid=1622129"
Community content is available under CC-BY-SA unless otherwise noted.