Princess Courtney is a supporting character in Barbie in the 12 Dancing Princesses. She is the third eldest daughter of King Randolph and the late Queen Isabella's twelve daughters. Courtney loves to read, and her sisters say she always has her nose in a book. Her favorite gem is the sapphire.

Courtney spends a lot of time reading and not paying attention to her surroundings. Because of this, she often stumbles. Because she is oblivious to what's happening around her. Blair or Ashlyn would have to tap her on the shoulder to bring her back to Earth and make sure she doesn't hurt herself cause it's what older sisters like Ashyln and Blair are for. She can be brave, such as when she corrected Rowena when she called her Lacey. Courtney is more calm than the rest of her sisters.

Courtney has long brown hair and brown eyes. Her favorite color is blue, and her princess and ballet dresses are blue too. Usually her hair is tied in a bun, but at night she wears it down.

Her casual gown is a blue gown like her sister's. In the middle of the beginning of the top part is a forget-me-not flower and some decorations. Her ballet outfit is is the same but has a shorter dress.

Her night gown is long and white. The gown that Rowena gives to all the princesses is gray and simple. It has the same design as her casual dress but without decorations. 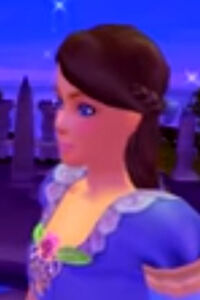 Courtney in the video game 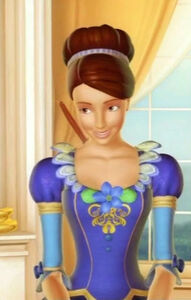 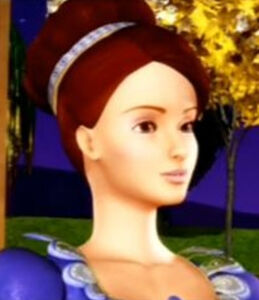 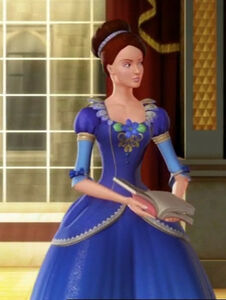 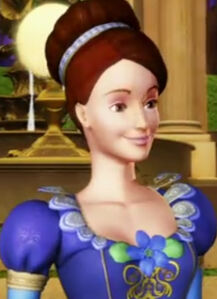 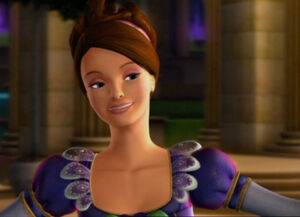 Courtney in the first trailer 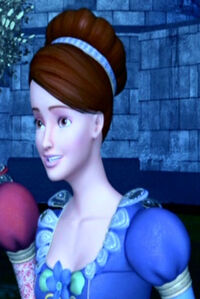 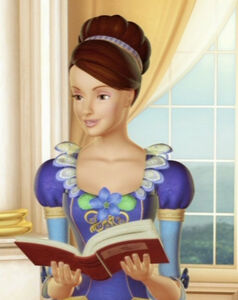 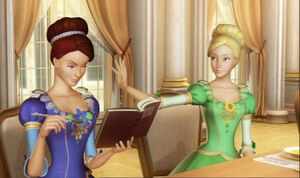 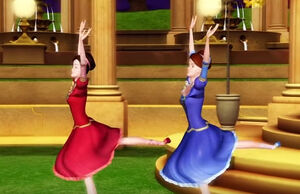 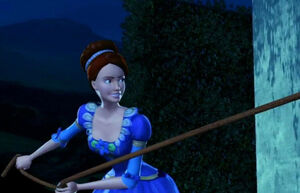 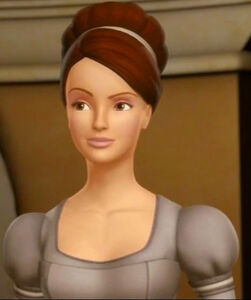 Retrieved from "https://hero.fandom.com/wiki/Princess_Courtney?oldid=1665802"
Community content is available under CC-BY-SA unless otherwise noted.