Help her sisters to stop Duchess Rowena from taking over their father King Randolph's kingdom (succeeded).

Save Randolph from Rowena (succeeded).

Princess Edeline (simply known as Edeline) is a character in the 2006 animated film, Barbie in the 12 Dancing Princesses. She is the fifth eldest daughter of King Randolph and the late Queen Isabella. Edeline is a sporty girl like her twin sister Delia, but something she has in common with all of her sisters is that she loves to dance.

She is voiced by Chiara Zanni, who also voiced Dahlia and Nori in Barbie: Fairytopia series, and Erika Juno in Barbie in Rock 'N Royals.

Edeline is messy and clumsy. She likes sports, and she beats everyone in croquet. She also plays badminton as given on the official website, but we never see her play in the movie. She also has a good sense of humor, shown when she mocked Rowena and she was doing it to make her sisters laugh.

Edeline has long, brown hair, light skin and pale brown eyes. She has thin eyebrows, has a pointy nose, and wears natural shades of makeup. Most of the time, Edeline's hair is in a neat bun with a tan band around it. She highly resembles her mother because her mother also had the same skin tone and hair color.

Her casual gown is an orange gown like her sister's. In the middle of the beginning of the top part is a honeysuckle flower and some decorations.

Her nightgown is simple. It is long and white. Her ballet dress is same as her usual gown but it is a little shorter. The gown that Duchess Rowena gives to all the princesses is gray and simple. It has the same design as her casual dress but without decorations. 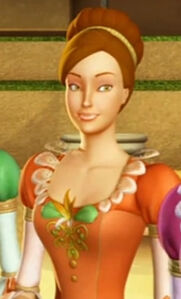 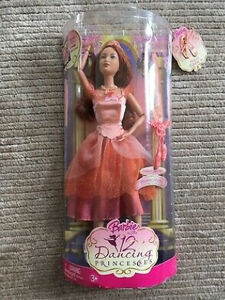 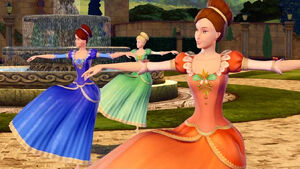 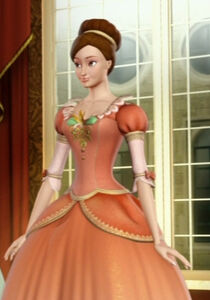 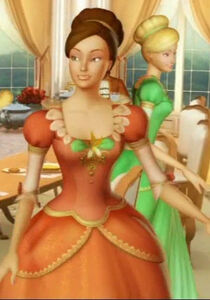 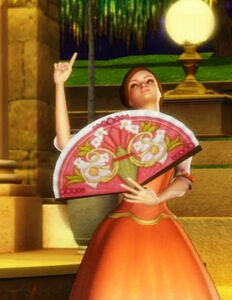 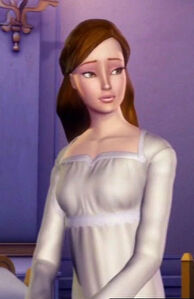 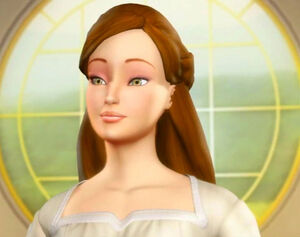 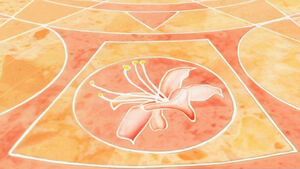 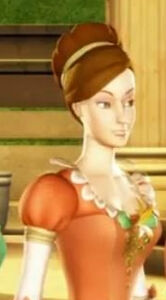 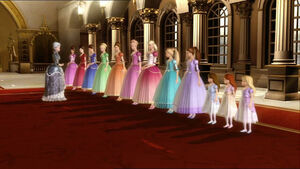 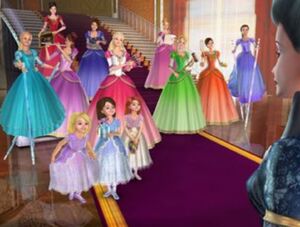 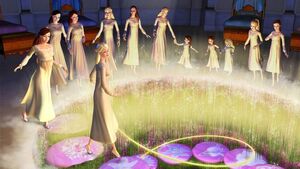 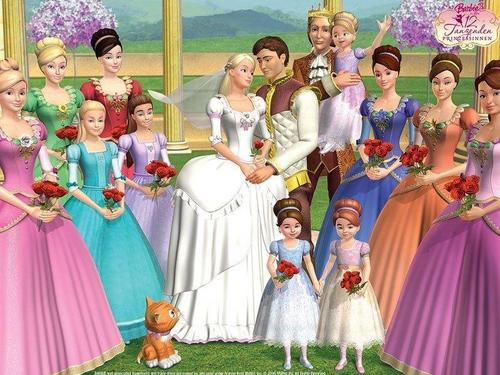 Retrieved from "https://hero.fandom.com/wiki/Princess_Edeline?oldid=1802726"
Community content is available under CC-BY-SA unless otherwise noted.