Help Maskmen to stop Zeba from taking over the kingdom of Tube (succeeded).

Warned Takeru about the Tube invasion.
Convinced her sister to abandon her evil ways (succeeded).

Princess Ial, also known as Mio, is a minor character in Hikari Sentai Maskman. She is the princess of Underground Empire Tube.

She is portrayed by Mina Asami, who also played her villainous sister, Prince Igam.

Ial and Igam are sisters of the Igam family, they often earn glory for the royal kingdom. Unlike her sister, she is a smart and gentle girl, the two fate was very different. At first, Emperor Zeba overthrow their parents, Igam joined the evil side and helped Zeba to reinvigorate the industry, Ial learned that the Underground Empire was come to invade the earth, she is quite going to the world and support Takeru. The only one can betrayed her sister, Ial has long lost her memory and regrets.

When Ial arrived at the earth and turned into a civilian called Mio, as well as the one who usually compared to be love with Takeru. Later on, Ial could not escape and abused by Igua Doggler. Ial was punished by Zeba, Igam used these unscrupulous means to killing her. Ironically, she was imprisoned into the Eternal Freeze, although the fierce battle between Igam and Takeru was pretty good after all. However, Ial was later saved by Takeru and it was necessary to prevent Igam from making offense.

Until then, Kiros using his own plan to captured Ial and getting killed by Takeru, Igam tried to withdraw with her troops. During the final battle, Ial worried about that Igam decided to redeemed herself and helps Maskmen to defeated Zeba, even if she was not really exaggerated. After Zeba dies, Igam eventually to become a nun and embarked on a road, Ial promised as the new empress and rebuild the kingdom. She meet with Takeru for a last time, but they were temporarily separated. 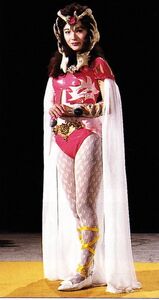 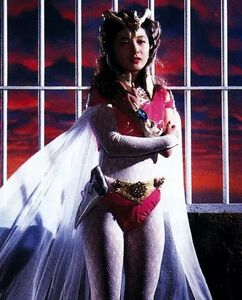 Retrieved from "https://hero.fandom.com/wiki/Princess_Ial?oldid=2129538"
Community content is available under CC-BY-SA unless otherwise noted.