The Princess and the Goblin

To defeat the Goblins (succeeded)

her father The King, Curdie, Looti, her cat Turnip

Kid Monarch
Princess Irene (deliberately pronounced EYE-ree-nee), or Angelika in the original is the female of two protagonists of the 1991 Hungarian indie film The Princess and the Goblin. She is a princess of the castle who lives with her widowed father, her devoted nanny, Looti, and her cat, Turnip.

She was voiced by Somlai Edina in the original Hungarian and Sally Ann Marsh in the English dub.

Irene is a beautiful young princess who is about twelve years old. She has long strawberry blonde hair, blue eyes, fair skin and pink lips. She wears a bright pink dress with a pale pink apron, a pink diadem on her head and pink slippers with white puffs on them.

While her father is out, Irene has run away, hiding from Looti. She stops Turnip from trying to catch a caterpillar because Looti's "always worried about strange things". As Turnip is trying to catch a caterpillar at some kind of pile of small rocks, some of them move, and Irene saves Turnip from being dragged down. The two are then continually chased by goblins, and finally surrounded by them. Finally, a mining boy named Curdie rescues her by singing (something the goblins hate) and takes them back to the castle. Irene promises to kiss Curdie as a token of her gratitude. Irene is then scolded by Looti for wandering off and for trying to explain about the goblin creatures, which the latter doesn't believe.

Although Looti forbids Irene to sneak outside to see Curdie (whom the former thinks is making them up), the latter leaves anyway via secret door with a rose. She and Turnip go up the stairs through them most of the way, but because Turnip is scared, she continues by herself. She enters the attic and visits her imaginary great-great grandmother (also named Irene) who is spinning a thread. Great-great grandmother Irene explains that everyone needs help when they're in trouble, and Princess Irene herself soon will be. As Looti finds her in the attic, Irene explains the excuse, but Looti doesn't believe in her great-great grandmother.

Irene is later shown swinging when her father has arrived, and he promises not to be going away again. Irene explains her news, and believes that her great-great grandmother was a dream, but realizes otherwise when she sees one of her pigeons. As she explains about the goblins, that convinces her father that they exist, and he orders his guards to guard the castle against them. However, as the inept guards don't believe stories about goblins, a goblin cat sneaks in to attack, but Irene (who is sleeping) gets away with Turnip. Then she goes up to the attic again to be healed by her great-great grandmother, but mostly for the latter to give her a thread (which isn't for sewing, but for her to find her own magic). Irene is advised to use the thread when she is in trouble.

Later, that night, Irene decides to follow the thread, one of the obstacles being that the thread is stuck through a big pile of rocks. She loses hope until Turnip tries climbing, only to knock them down, thus giving her the idea. She then pushes the rocks out of the way and finds out that it leads to where Curdie is (sealed by a boulder in another open space due to the secondary adversary, the Goblin Queen). Curdie becomes doubtful, but reluctantly goes with Irene, not believing she was following her great-great grandmother's thread (neither of the two he believes in). When Irene and the gang end up in the Goblin's Royal Bedroom, it is from Curdie (who removes one of the Queen's shoes) that she finds out she has six toes on each foot. Curdie tries to take off the other shoe, but she wakes up (due to Turnip sniffing and licking the other foot) and calls the guards to get Irene (who was part of the Queen's son Froglip's plan). Froglip's plan was to marry Irene so he will rule over the "sun people" [as the goblins call humans] as revenge for goblins being driven underground hundreds of years ago). She finally manages to escape with Curdie and Turnip with the thread. Finally, they have escaped from underground. Irene tries to show her great-great grandmother to Curdie, but he thinks she is lying to him. It is much later that she finds out that her great-great grandmother wasn't there because she had found her own magic already ; therefore, the Princess didn't need her anymore.

Irene then orders Looti to summon the King, and she urgently warns him of the goblins' plan. He then doubles the guard. Even later, when Curdie goes up to tell her that he is going to fight them off (not knowing that Froglip was following him), she asks to come, too, but he tells her to stay there and promises to return. She stays, only to find out that Froglip is around to take her away, which he does.

Finally, Curdie finds Irene being abducted by Froglip and is still being taken away during the flood. Finally, later, she is seen trying to grab onto a branch, but it snaps, and she doesn't believe that Curdie can catch her when she floats by (though he says so) because of the current's strength. However, she is saved anyway. She warns Curdie of Froglip's arrival, and she tries to stop the latter from breaking the former's back, but she is pushed off. However, she manages to hurt the most sensitive of Froglip's body: his feet. Again, after Froglip falls to his death, Curdie helps her up and apologizes to her for not believing him. She reminds him of when they first met and kisses him on the cheek (to fulfill her promise) and finally is reunited with her father. She then joins Curdie and the soldiers in the last reprise for the only song, "A Spark Inside Us".

In The Princess and Curdie

Four years after the first film, she and her father are saying thier goodbyes to Curdie and his family when she and Curdie are reunited again. On her sixteenth birthday, she meet Prince James. They fell in love and she and James where engaged. Before thier marriage can be arranged, Irene's Father, the King falls ill and Irene goes for a doctor and leaves James in charge of Gyntistorm. When coming back, she and Dr. Kelman care for the ailing king when Curdie, Copper, Curdie's german shepard, Lina, a young daemon girl, Lina's brother, Remus, Doon, a brownie, Helfer, a goblin boy, and Lina's griffin, Fleet, arrive to help the princess when they are called by Irene's Great Great Grandmother. Lina explains that an act of true love can save the kingdom. She tries to do with James, but learns that James was using her and was planning to kill the King. 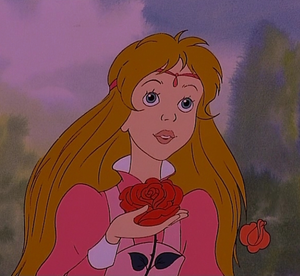 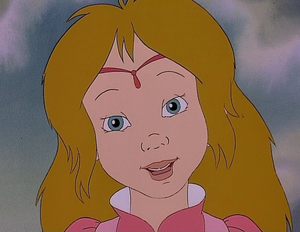 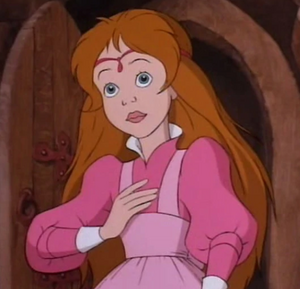 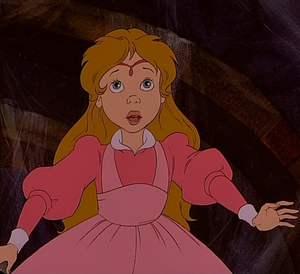 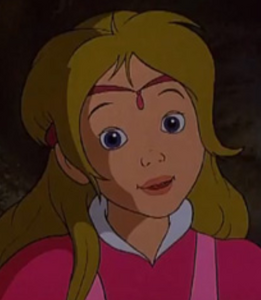 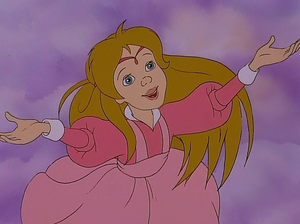 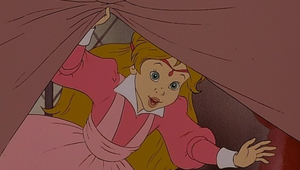 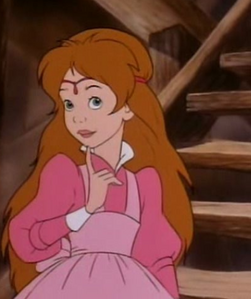 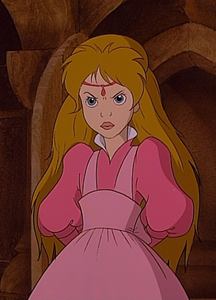 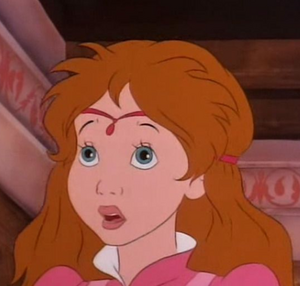 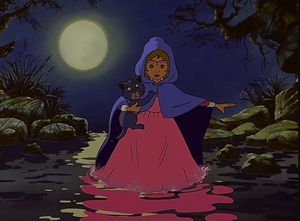 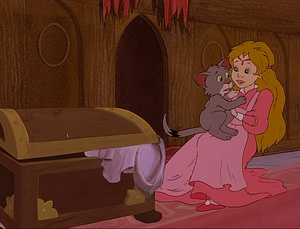 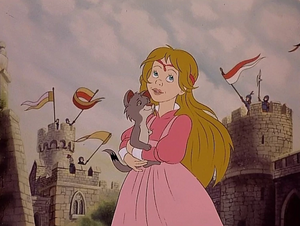 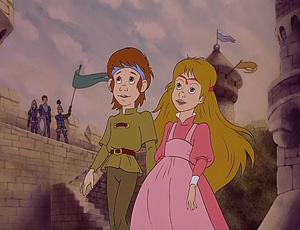 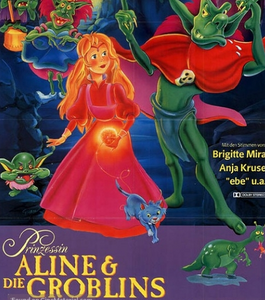 Irene (aka "Aline") on the poster for the German dub. 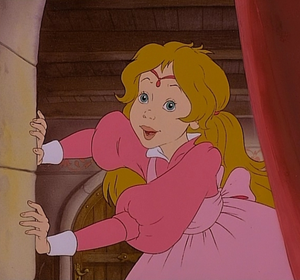 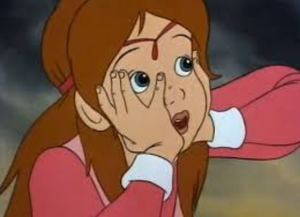 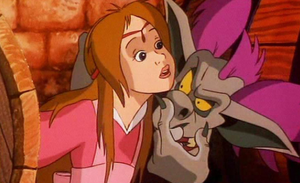