Kneesaa a Jari Kintaka was a major protagonist of the Ewok-centered Star Wars-spioffs. a female Ewok who served as Princess of Bright Tree Village, daughter of Chief Chirpa and Ra-Lee, and younger sister to Asha. Later, she became the Chieftainess of Bright Tree Village and wife of Wicket Wystri Warrick. In her youth, she was part of the same circle of friends that included Wicket, Paploo, Teebo, and Latara. The young Ewoks had many adventures on the forest moon of Endor, involving such creatures as Gupins, Yuzzums, Duloks, and Morag the Tulgah witch.

Kneesaa, who had lost her mother and sister while she was young, often wished for their return, though she was not lonely due to her friends. She was known as the more mature Ewok in the group, and was often seen as a voice of reason. This did not stop the adventures her friends went on, and she joined them, though she was in training to become the chieftainess of Bright Tree Village. Kneesaa sometimes challenged her father on controversial topics, such as the lighting of the Tree of Light, which she and Latara secretly participated.

However, Kneesaa would soon be reunited with her sister, Asha, after finding her in the middle of the night while she sneaked out. Her father, Chief Chirpa, was overjoyed to his daughter once again, though later, danger struck the Ewok village. Incoming Imperials and an Imperial scientist, Raygar, sought the Ewok's precious Sunstar. Capturing it and using it to try to kill Emperor Palpatine, Wicket caused Raygar to miss Palpatine's shuttle, and Kneesaa retrieved the Sunstar, freed Wicket and defeated Raygar with her partner, though the Sunstar was later destroyed during a new battle against the Imperials and the Griagh near Endor shield generator bunker. Endor remained occupied by the Empire until the Battle of Endor, where the Empire was defeated. Kneesaa later married Wicket Wystri Warrick, and ruled Bright Tree Village with him after her father's death. 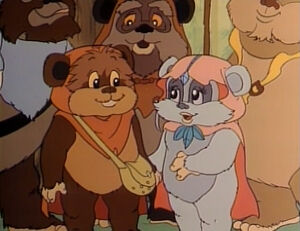 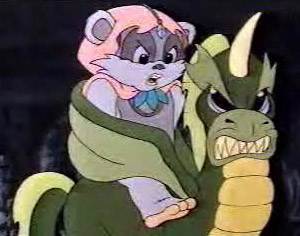 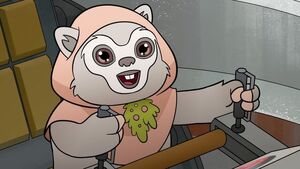 Princess Kneesaa a Jari Kintaka as she appears in Star Wars: Force of Destiny.
Add a photo to this gallery

Retrieved from "https://hero.fandom.com/wiki/Princess_Kneesaa_a_Jari_Kintaka?oldid=1648854"
Community content is available under CC-BY-SA unless otherwise noted.