Hanging out with SpongeBob SquarePants and Patrick Star.

Spending time with her father.

According to her designer, Sherm Cohen, she is 13-14 years old and knows all the names of the sea creatures. It is also certain that King Neptune will crown her Queen of the Sea one day.

In the film, she is known to use "Mermaid Magic" to help Bikini Bottom's citizens overcome their fears. There really is not any mermaid magic. Plankton exiles Mindy from Bikini Bottom and she tried to get SpongeBob and Patrick to keep going when they gave up their walk, she tried to convince them that she had "mermaid magic" (which obviously wasn't real), and used it to "turn them into men" by pulling seaweed out of the ground and putting them on their noses, successfully helping them by tricking them into thinking that they were real mustaches. Dennis revealed the trick after SpongeBob and Patrick passed through the trench. Mindy is good-hearted to the ocean-dwellers and is not afraid to defy her father and stand up for what she believes is right.

She was voiced by Scarlett Johansson, who also voiced Ash from Sing and portrayed Black Widow in the Marvel Cinematic Universe. 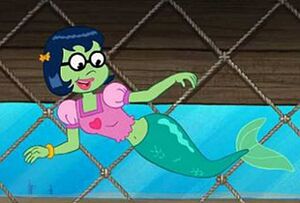 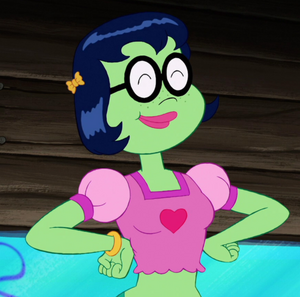 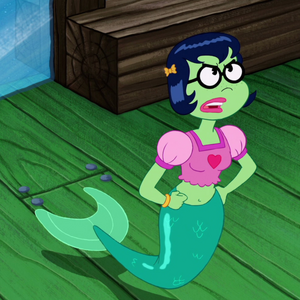 Mindy standing up to her father. 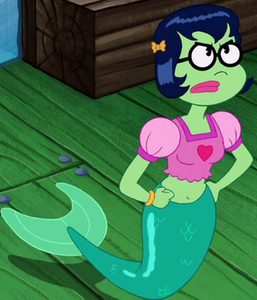 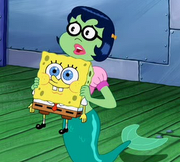 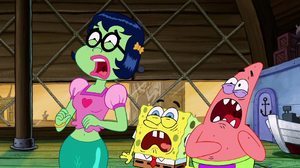 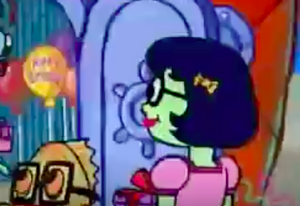 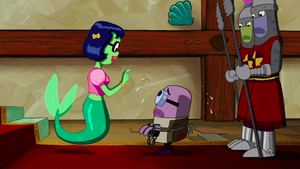