Princess Ozma is a supporting character of the Oz book series and the rightful ruler of the Land of Oz.

When she was an infant, Ozma, the baby daughter of the former King Pastoria of Oz, was given to the witch Mombi of the North by the Wizard of Oz. Mombi transformed Ozma into a boy and called him "Tip" (short for Tippetarius) in order to prevent the rightful ruler of Oz from ascending to the throne. Thus, Ozma spent her entire childhood with Mombi in the form of the boy Tip, and had no memory of ever having been a girl. During this time, Tip had managed to create Jack Pumpkinhead who was brought to life by Mombi's Powder of Life. In The Marvelous Land of Oz, Glinda the Good Sorceress discovered what had happened and forced Mombi to turn Tip back into Ozma; ever since then, the Princess has possessed the Throne of Oz (although many realms within Oz remained unaware of her authority).

In some of his last Oz books, namely The Tin Woodman of Oz and Glinda of Oz, L. Frank Baum indicated that Ozma has the appearance of a fourteen-year-old, and is therefore older than Dorothy Gale. By that point in time, Baum had also established that the inhabitants of Oz ceased to age, suggesting that Ozma would always appear to be a beautiful young girl.

Baum was not inclined to worry about strict continuity in his series, however, and so there were discrepancies in the origins and very nature of Ozma. In her initial appearances, she was portrayed as no more than a human princess, born shortly before the Wizard's arrival in Oz. Later in the series, Baum revealed that Ozma is actually a fairy, descending from "a long line of fairy queens" as per The Scarecrow of Oz. In The Magic of Oz, Glinda tells Dorothy that no one knows how old Ozma really is. And in Baum's final book, Ozma herself explains that she was in fact a member of the Fairy Queen Lurline's band when Lurline enchanted Oz and turned it into a fairyland.

Jack Snow attempted to reconcile Baum's disparate accounts in The Shaggy Man of Oz, which explains that the Fairy Queen Lurline had left the infant Ozma in the care of King Pastoria, making the Princess the adopted daughter of the last King of Oz. This does not gel with the version of Ozma's story which says she is an ageless fairy who has ruled Oz for centuries.

Ozma frequently encounters difficulties while ruling her kingdom. In The Lost Princess of Oz, for instance, the Fairy Princess is kidnapped, although her dearest friend Dorothy Gale comes to her rescue with a search party. Both Dorothy and Ozma are captured by the wicked Queen Coo-ee-oh in Glinda of Oz, while trying to stop a war between two races, but Glinda the Good Witch manages to save them with the help of the Three Adepts at Sorcery. In order to circumvent trouble, Ozma prohibits anyone other than the Wizard of Oz and Glinda from practicing magic in Oz unless they have a permit.

L. Frank Baum portrayed Ozma as an exceedingly benevolent and compassionate ruler, who never resorts to violence and who does not believe in destroying even her worst enemies. In Ozma of Oz, she even left Oz in order to rescue the Royal Family of Ev from the clutches of the Nome King, demonstrating that her kindness and concern extends far beyond her own kingdom. When the Nome King tried to conquer and destroy Oz in revenge, Ozma insisted on maintaining a pacifist disposition, which led to the Scarecrow's suggestion that Ozma's enemies be made to forget about their wicked intentions by drinking from the Fountain of Oblivion.

Furthermore, Ozma discontinued the use of money in Oz, and took systematic measures to ensure that all the citizens of Oz receive the land's resources in equal measure, without having to work harder than necessary.

According to the timeline of The Road to Oz, Ozma's birthday falls on the 21st day of the month of August.

When Ozma met Dorothy, Oz's greatest heroine, she immediately liked her and they became best friends. By the sixth book Ozma arranges, at Dorothy's request, for Dorothy and her family (Aunt Em and Uncle Henry) to move into the palace. In The Lost Princess of Oz the first page mentions that Ozma loves Dorothy very much and by page two says that Dorothy is the only one privileged to enter Ozma's rooms without an invitation. Ozma created Dorothy a Princess of Oz early in their friendship, and Dorothy often represents her when her adventures take her away from the Emerald City. 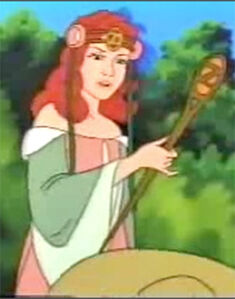 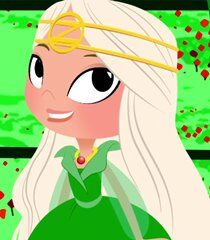 Princess Ozma in Dorothy and the Wizard of Oz 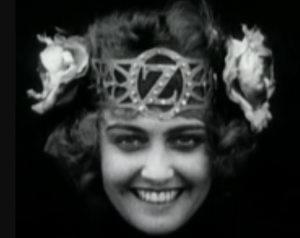 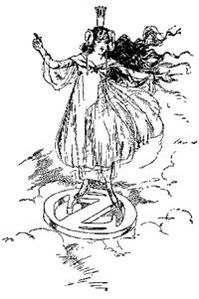 Ozma in the book series 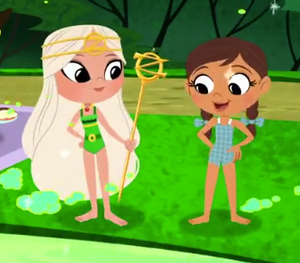