She is voiced by Yui Makino in the Japanese version and by Monica Rial, who also voiced Sakura Kinomoto, Princess Sakura, Kyoko Kirisaki, Mey-Rin and Tsubaki Nakatsukasa, in the English version.

She had green eyes and strawberry blonde hair.

She was used by Fei-Wang Reed to create the Sakura clone. She is the princess of the Kingdom of Clow, who befriended and fell in love with the original Syaoran during her childhood. They first met inside the ruins while she is under her cleansing ceremony. Due to her hidden magical power, Sakura was chosen to succeed Nadeshiko, her mother and Clow's current priest, training since a young age. The night before her last ceremony, Fei-Wang placed a "Black Seal" on Sakura, with only her parents and Syaoran knowing it. By the time the black wings grow, it will devour her and she will die.

After seven years, when the seal was about to kill Sakura, Nadeshiko stopped time and Syaoran wished Yuko to turn back time to save her.

Sakura's soul was frozen in time just before death due to Syaoran's wish, though her body disappeared after being cloned by Fei-Wang. When returning to the Kingdom of Clow, Syaoran manages to rescue her before the seal attacks her again, but her power is used alongside her clone's by Fei-Wang. Awakening during the battle, Sakura joins Syaoran's group to defeat Fei-Wang.

At the end of the series, when Syaoran is forced to travel throughout worlds forever, Sakura wishes to accompany him, but foresees a disaster that will occur if she goes. She then confesses her love to Syaoran, and remains in the Kingdom of Clow awaiting his return. 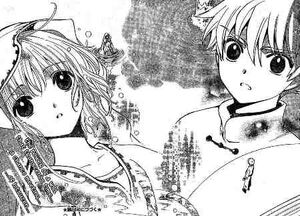 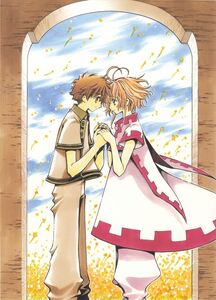 Tsubasa and Tsubasa as child 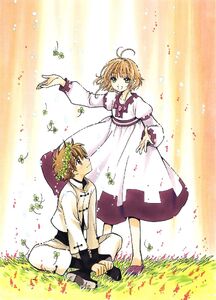 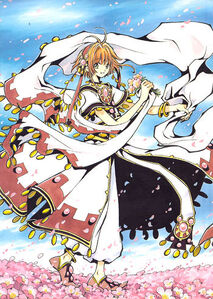 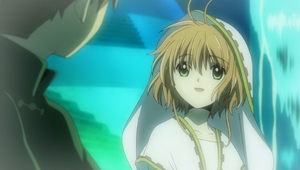 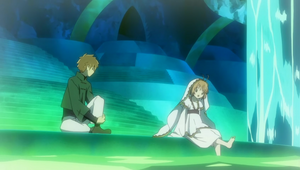 Retrieved from "https://hero.fandom.com/wiki/Princess_Tsubasa?oldid=2212957"
Community content is available under CC-BY-SA unless otherwise noted.