To build inventions for Danger Mouse

Professor Squawkencluck is one of the main characters in the 2015 reboot series of British animated series Danger Mouse. She is the niece of Professor Heinrich Von Squawkencluck, who appeared in the show's original 1981-1992 series. However, unlike her uncle who was a mole and spoke with a German accent, this Professor is a chicken and speaks with a Scottish accent. It is most likely that the former is her uncle by marriage. Throughout the series, the Professor builds inventions to aid Danger Mouse and his sidekick Ernest Penfold in their missions to stop villains taking over the world. She is voiced by Shauna MacDonald.

Squawkencluck is an average sized chicken with glasses and red hair braided into a pony tail. Her clothes consist of a white shirt, jeans, and of course a scientist lab coat. She has an average sized body, but probably the more noticeable area of her physical appearance are her wide hips and her very overweight bottom.

Squawkencluck is a stern, skeptical, prideful, sarcastic, organized, but kindhearted individual. She works day and night to make ground breaking inventions for the agency, though "Henemy of the State" reveals that she more or less works at the agency for the funding to help her break scientific ground, and help saving the world is a bonus for her, but she has proven she does have the worlds best interest at heart. She is also very sarcastic and prude, and she tends to consider Danger Mouse to be a fool who breaks her things, leading some to consider her a kill joy. In fact the only way Danger Mouse and Penfold were able to realize that it was Squawkencluck in Isambard king king Brunel's body was for her to insult them. Despite this she has been shown to get very excited about showing off her inventions, genuinely enjoy the musical Melted, and has shown to have a hidden sense of humor, though these traits along with a more upbeat personality seemed to have been very prominent in her youth, though her parents had none of it according to "Twysted Sister". 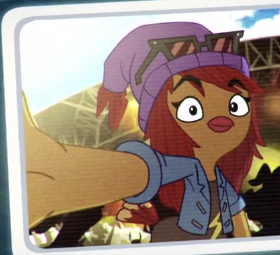 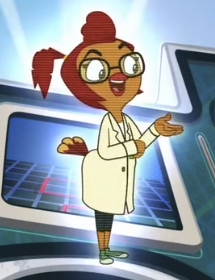 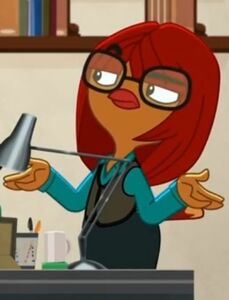 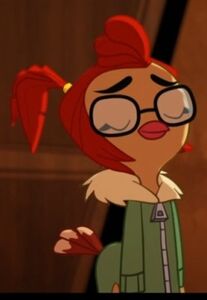 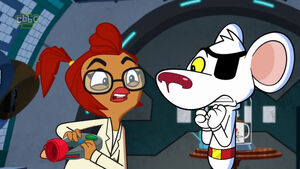 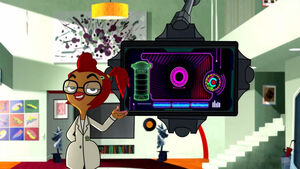 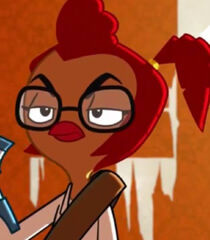 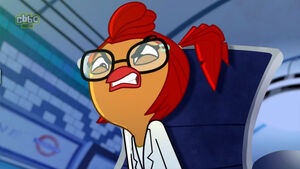 Angry Professor Squawkencluck
Add a photo to this gallery 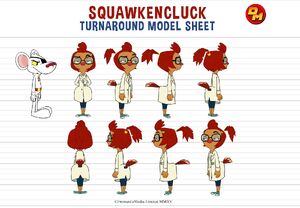 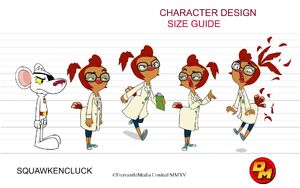 Retrieved from "https://hero.fandom.com/wiki/Professor_Squawkencluck?oldid=2053914"
Community content is available under CC-BY-SA unless otherwise noted.