Prometheus Labs, Inc. is a posthumous factionin in the universe of the SCP Foundation. It was a major corporation which dealt with paranormal technology and served as a mostly positive faction in the setting.

Prometheus Labs was founded in 1892 by Clarence Prometheus, and was desgined as a private, for-profit conglomerate that focuses exclusively on researching and developing anomalous technology for commercial and private sale.

During the 20th Century they became one of the most prolific in the anomalous community, having deals with both anoamlous and non-anomalous groups.

Due to [DATA EXPUNGED] in 1998, the organization was dissolved, with many assets and staff being absorved by the SCP Foundation, though some projects and resources fell in the hands of other Groups of Interests. From the break up many new companies, which had previously been projects and divisions, emerged such as: Amrita Therapeutics, Archimedes, Argo Automotives, Iris Arts, Redzone Security, Silver Hand Cybernetics (which was eventually bought by Anderson Robotics), Titan Consumer Appliances and Electronics, and Oneiroi Incorporated.

Relationship with other anomalous groups

Prometheus Labs made deals with several major anomalous groups, such as  Are We Cool Yet?, the Global Occult Coalition and the Chaos Insurgency, as well as the United States-military. The company bought resources from Marshall, Carter, and Dark Ltd., developed brain-machine interfaces with the Church of Maxwellism Writ, and designed low-cost food alternatives for Manna Charitable Foundation. Prometheus Labs also engaged in several lawsuits with Dr. Wondertainment.

When working on electro-thaumic computer systems to perform exorcism of demons, Prometheus Labs sought to sell these new products to the Roman Catholic Church, the GOC, the Horizon Initiative and the Foundation.

Relationship with the SCP Foundation remained minimal, and the group did not seem to have interest in "custom containment protocols" the Foundation offered to design for the company. This all changed when group was dissolved in 1998.

In an alternate universe, Prometheus Labs helped IJAMEA in their project to acquire new members by providing them with Parallel World Visitation Portals. However, this later backfired as IJAMEA rapidly grew in power and when Prometheus refused to assist them any longer IJAMEA, now renamed ODGIJUMC, proceeded to destroy them along with other organizations that stood in their way.

SAPPHIRE once stole a project from Prometheus Labs instead of buying it to create a weapon capable of forcing people to reject religion, which was designated SCP-4519. 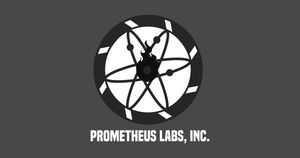 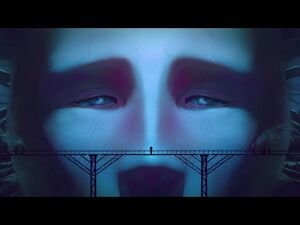