The Protagonist, also known as the Hero, is, as his/her name suggests, the protagonist of a collection of games made by Artix Entertainment, including the original AdventureQuest, DragonFable, MechQuest, AdventureQuest Worlds, WarpForce, EpicDuel, HeroSmash, Oversoul, and the upcoming AdventureQuest 3D. He/she is a creatable, namable, and customizable character who sets out to become a legend and fulfill his/her different destinies in all games. He/she can choose to side with good or evil at certain points in certain games.

The Protagonist's personality depends on whether he/she chooses to side with Good or Evil. When siding with good, he/she is honest and noble, and has a strong sense of justice and a forgiving attitude, while at the same time being quite naive. When siding with evil, while he/she says he/she is evil, he/she is just as naive as when siding with good, always keeps his/her word when saying he/she will do something nice for them as long as they do as he/she asks under his/her threat, and will do anything to protect his/her evil superiors. Regardless, both sides of the Protagonist have the same other part of their personality; a half-witted, idiotic character who uses puns, is always eager for adventure, is willing to help others, is curious, and is considered insane enough to fight monsters that are more powerful than him/her.

The Protagonist has many different abilities that vary depending on which class he/she has equipped. When being made by new players of different Artix Entertainment games, the Protagonist can choose to equip one out of four different starting classes as his/her initial class; Warrior, Mage, Rogue, and Healer. 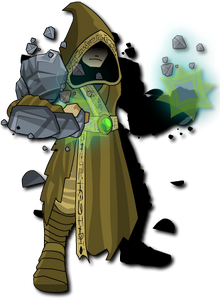 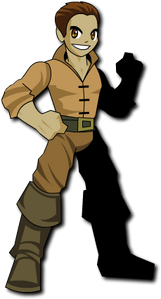 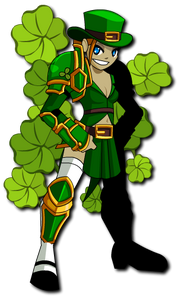 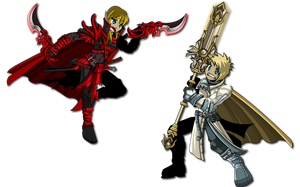 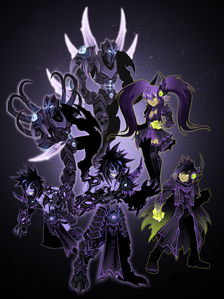