Proto Man, civilian name Blues and formerly known as Break Man, is a "hero" character of the Mega Man franchise. He is the early Robot Master created by Dr. Light and is considered the brother to both robotic siblings: Mega Man and Roll. Throughout the entire series, he debuted in Mega Man 3 training him to see if he could fight Dr. Wily, supporting Mega Man in his battle against evil.

Proto Man was intended to be the first built humanoid robot with independent reasoning and thought.

Although he exceeded Dr. Light's expectations, his energy reactor had a problem that would eventually make him stop functioning. Dr. Light planned to repair it, but Proto Man feared that his reactor's reparation would change his personality, so he fled. Light presumed him to be dead.

Proto Man was rambling until he got gravely damaged. Dr. Wily found his body near his secret labs, and repaired him, putting him a nuclear core instead of the energy core. 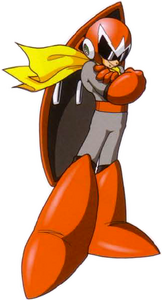 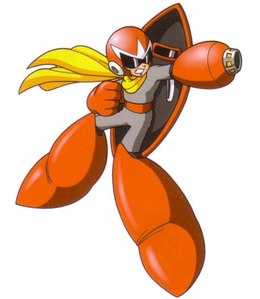 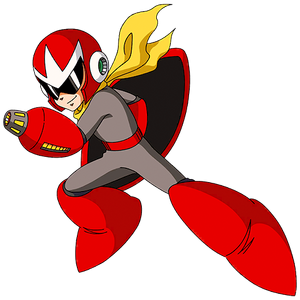 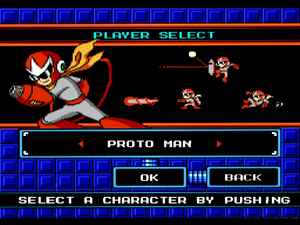 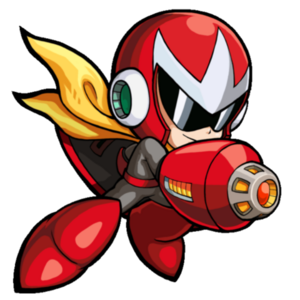 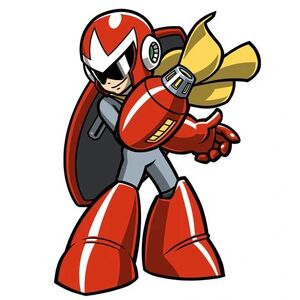 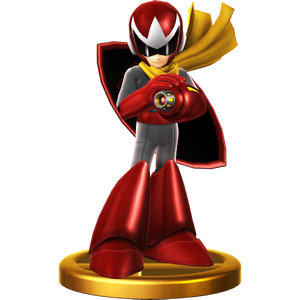 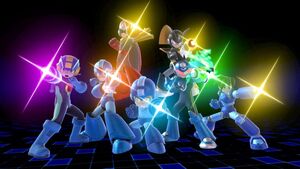 Proto Man in the Mega Man's Final Smash in Super Smash Bros. Ultimate
Add a photo to this gallery

Retrieved from "https://hero.fandom.com/wiki/Proto_Man?oldid=1791113"
Community content is available under CC-BY-SA unless otherwise noted.