Pumpkinmon is a minor heroes in Digimon Adventure. He is best friend of Gotsumon.

He is voiced by Joshua Seth.

He have pumpkin for head. He have axe on top of head. He wear green scarf around his neck. He have glow yellow eyes. 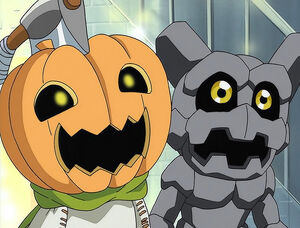 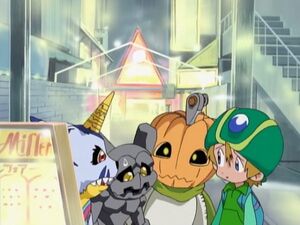 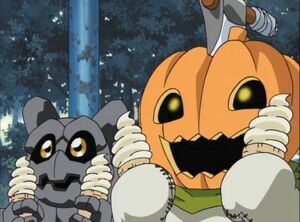 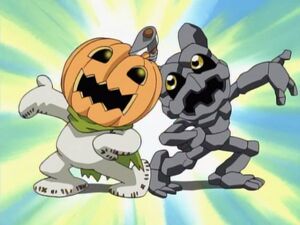 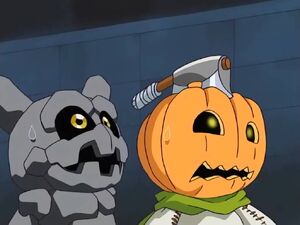 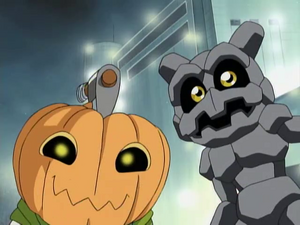 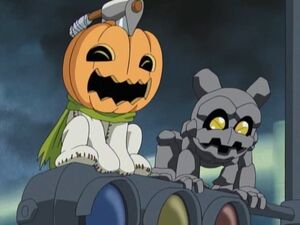 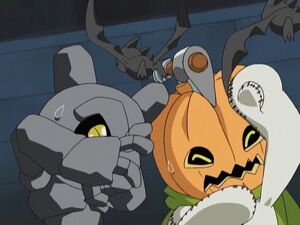 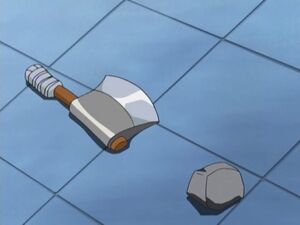 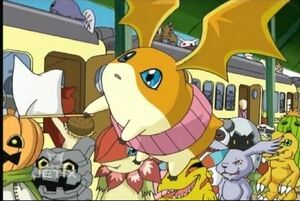 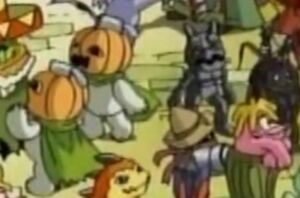