Puopa (misspelling of his name)

Pupa is a supporting protagonist of the 2014 movie, Let's Be Cops. He is portrayed by Keegan-Michael Key. Pupa is an average but somewhat incompetent and wild criminal with a mixed accent of both Jamaican and Hispanic origins, and he is a character in the 2014 comedy movie Let's Be Cops.

He is portrayed by Keegan-Michael Key of hilarious hit TV shows MADtv and Key and Peele.

He is both a driver and informant of vicious crime boss Mossi Kasic who mistaken Ryan O'Malley and Justin Miller for police officers after he was kidnapped by them and later agreed to help them to make Justin disguised as Pupa's identical "brother".

Near the end of the film he was in the police car with Justin and Ryan. 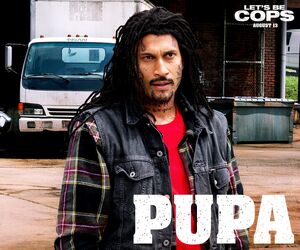 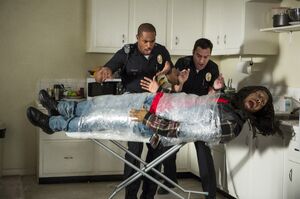 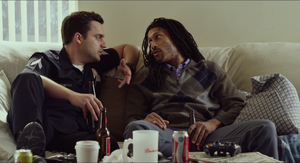 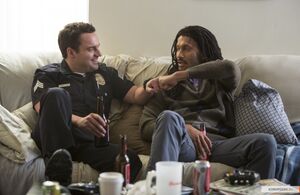 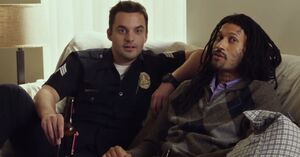 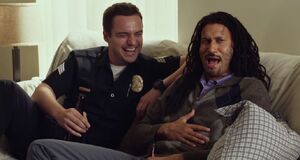 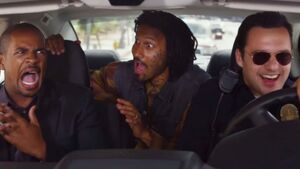 Retrieved from "https://hero.fandom.com/wiki/Pupa?oldid=1927599"
Community content is available under CC-BY-SA unless otherwise noted.