Eat inedible items, such as dirt, toys, and garbage.

Puppycorn is a main character and a protagonist in UniKitty!. He is Unikitty's younger brother and best friend. He is voiced by Grey Griffin, who also voiced Tootie, Daphne Blake, Frankie Foster, Sam Manson, Wubbzy, Frida Suárez, Emily Elizabeth Howard and Mandy.

Puppycorn is a dog with a unicorn horn. His coat is cobalt blue and cream in color with red and white paws. His tail is blue and round. He has a tan snout and auburn nose, with his mouth having a prominent snaggletooth. There are three, tan freckles on each side of his face. He has auburn eyes and thick eyebrows. He has short, triangular ears that flop downwards, and a cracked, yellow alicorn with a red base. He wears a black collar with dark, gray spikes.

Puppycorn, like the first half of his species, is energetic and playful, as well as slightly dimwitted. He tries to best himself against his older sister, which often fails, but he never gives up on attempting.

Possibly due to his dog nature, Puppycorn is able to eat inedible items, such as dirt, toys, and garbage. He seems to do this just because he likes to, rather than for any special abilities, however. 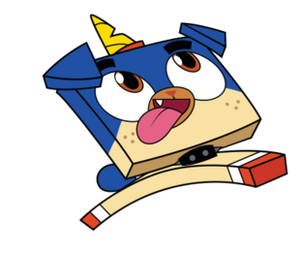 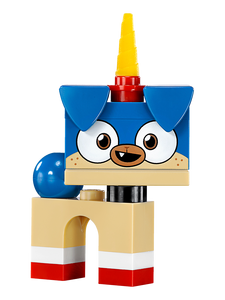 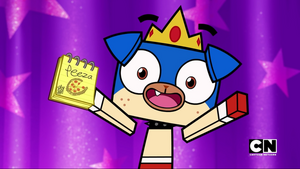 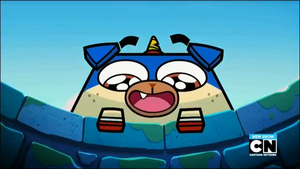 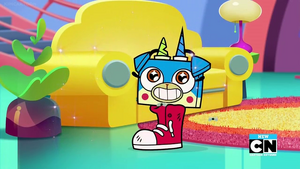 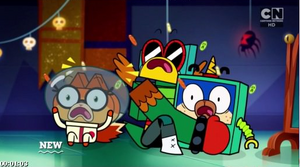 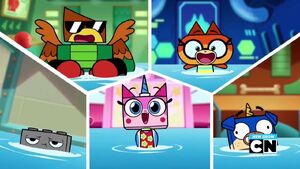 Retrieved from "https://hero.fandom.com/wiki/Puppycorn?oldid=1685483"
Community content is available under CC-BY-SA unless otherwise noted.