Purah is a character in The Legend of Zelda: Breath of the Wild. She is Impa's older sister and Paya's great aunt; she is also the Director of the Ancient Hateno Lab. She contributes to adding a Camera Rune and repairing the Sheikah Slate enough for Link to access special photos that are vital to improving his amnesiac condition. In Breath of the Wild, Purah looks like a child due to the anti-aging rune that she experimented on herself and she was 124 years old at the time she did this and unfortunately worked too well. In Hyrule Warriors: Age of Calamity, she is a young woman and her role is somewhat expanded and plays a critical role in turning the tides against Calamity Ganon. She is a dedicated researcher in ancient technology and uses her intellect to contribute to the Great Calamity and Link's adventure a hundred years later, but can be a bit mischievous and irresponsible at times, she had taken advantage of Link's current condition and tell him that Symin is the Director, which he really is her assistant. She has a habit of kicking Symin out of bed as revealed in her diary to do tests on her after using the age reversing rune until she took on the appearance of a six year old child.

She is voiced by Kate Higgins in the English Version, Lupita Leal in the Spanish Version, and Ayano Shibuya in the Japanese Version.

Impa tells Link that he should seek out the Director of the Ancient Hateno Tech Lab at Hateno Village. When he does, Purah meets him and tells Link that the Director is very busy and he must keep his conversations brief, referring to Symin. This was all a joke as she admits that she is the Director and Symin is just her assistant. She is happy to see Link looking well, but she learns that he doesn't seem to recognize her, so she reveals that she is Impa's older sister and the reason she is looks a lot younger than Impa is due to a faulty experiment conducted on herself and strongly urges Link not to read her diary that documented the process. She tell him that the Furnace is not running at all due to the Blue Flame going out and gives him the task to find the Blue Flame and light the torches on his way back, as she needs it to do repairs on the Camera Rune including the Special Photos which allow Link to visit locations where he can recall specific events that lead him into the Shrine of Resurrection in the first place, as well as upgrade his other runes so that the times he can use them to reduce the time it takes for the runes to recharge so Link can use them again. In the Champions Ballad DLC, Purah offers to help Link, Princess Zelda, and the four Champion Pilots Mipha, Daruk, Revali, and Urbosa take their photo and gave them instructions for a good shoot and snaps a photo just as Daruk suddenly hugs everybody, giving off a goofy result.

Purah makes her first appearance along with Robbie shortly after Link, Zelda, and Impa had discovered Terrako as they were fending off a horde of monsters. Enthusiastic by the Diminutive Guardian, she then decides to uncover its secrets and memories. She suspects its connection to the Sheikah Towers and the Sheikah Slate. Through much research, Purah has been able to recognize its potential once the connection is proven true, and is able to discover the Yiga Clan hideout and even learns that once the Sheikah Slate is synced with the Towers, it can teleport them to the towers when necessary.

Purah has expanded the number of researchers and discovered from Terrako's memories that the Great Calamity will take place on Zelda's seventeenth birthday. Purah and Robbie race against time to prepare for the worst. What she did not expect is that the researchers have been Yiga Footsoldiers and Blademasters in disguise, who seek to prevent any information from being shared with her allies, and while examining Terrako for more information, she and Robbie are suddenly held at bladepoint. Acting quickly, Purah tosses it to Terrako, instructing it to take the Sheikah Slate to Princess Zelda.

After Link, Zelda, Terrako, and Impa managed to rescue the four Champions and their new arrivals from the elemental demons created by Calamity Ganon, Purah somehow managed to escape their grasp unharmed and makes her way to Fort Hateno to unite the remaining forces against Ganon's army. When Urbosa and Riju took out countless monsters with assistance from the other three Divine Beasts, Purah is able to meet up with Link and the princess and has a plan to turn the tides to give Hyrule the upper hand, involving a failsafe that targets the source of Ganon's hijackings of the Guardians. After being escorted to the location, she activates it and manages to take out the vast majority of Ganon's forces, putting them at Hyrule's mercy. With Zelda's newly awakened power she had tried to unlock throughout her life, it gave Hyrule a major victory.

Purah then uses the Sheikah Towers to bring them to the Great Plateau, allowing King Rhoam to be saved from an onslaught there, and later teleports the forces of the Hylian, Sheikah, Zora, Goron, Rito, Gerudo, and the reformed Yiga Clan in an epic battle against the forces of evil. In the aftermath of the battle with the Champions and everyone surviving it all, Purah and Robbie participate in rebuilding Terrako, who sacrificed itself to penetrate Ganon's defences, with the help of everyone involved. At first, it seemed to be unsuccessful, but Princess Zelda's presence allowed Terrako to be fully functional once again, to everyone's relief and Zelda's pure joy. 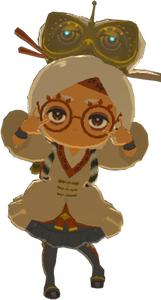 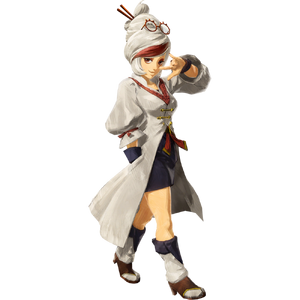 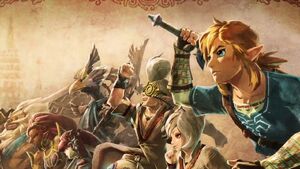 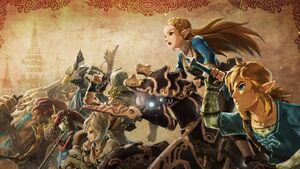 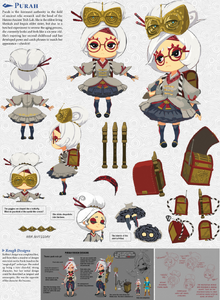 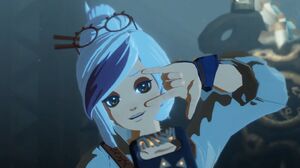 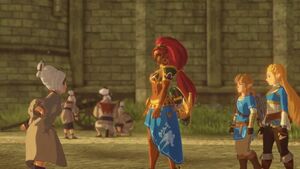 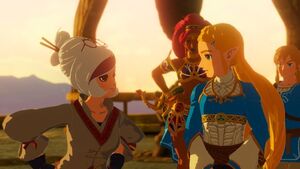 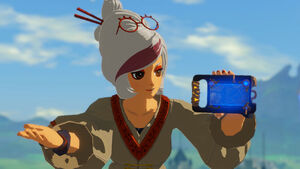 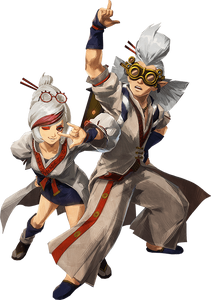 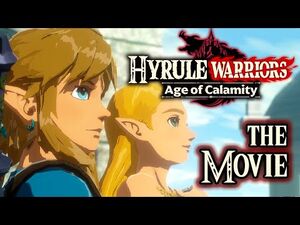 Hyrule Warriors Age of Calamity THE MOVIE- All Cutscenes HD 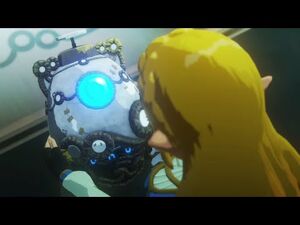 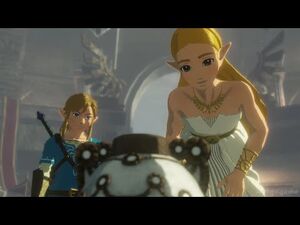 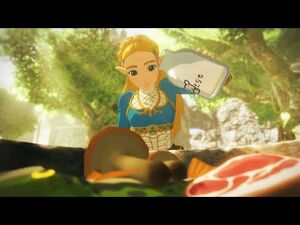