She Who Fights Destiny

Pyrrha Alexandra is a new character in the Soul series of fighting games, making her first playable appearance in Soulcalibur V as well as the final boss and as the deuteragonist of the game, and her brother, Patroklos being the protagonist. Her alternative form is Pyrrha Ω.

She was voiced by Nozomi Sasaki in the Japanese version, and by Laura Bailey in the English version.

Unlike her brother, who is arrogant and enjoys battle, Pyrrha is notably cowardly and reluctant. Intro dialogue suggests that she is afraid of fighting opponents and only does when she has no choice. In one of her victory dialogues, she runs away upon defeating the opponent.

Upon turning into Pyrrha Ω, she becomes less fearful, but also more insane and psychopathic, a trait shared with Nightmare and Tira. 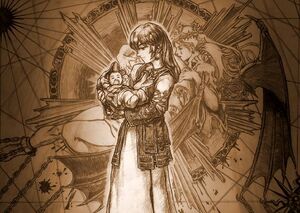 Pyrrha as a baby in Sophitia's ending. 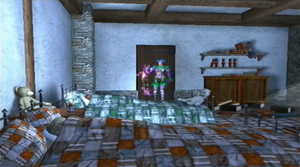 Patroklos and Pyrrha's room
Add a photo to this gallery

Retrieved from "https://hero.fandom.com/wiki/Pyrrha_Alexandra?oldid=2133742"
Community content is available under CC-BY-SA unless otherwise noted.