Qrow Branwen (pronounced "Crow") is one of the main characters of the American animated webseries RWBY. He is the younger twin brother of Raven Branwen, the uncle of Yang Xiao Long and honorary uncle of Ruby Rose, and a former teacher at Signal Academy. In his youth, Qrow attended Beacon Academy and was on a team with Summer Rose, Taiyang Xiao Long and his older twin sister Raven Branwen, known as Team STRQ.

Qrow is also involved with Ozpin, Glynda Goodwitch and James Ironwood in a secret society whose purpose is to protect Remnant and is privy to knowledge kept secret from most of the world.

In Volumes 3-6 he was voiced by Vic Mignogna, best known for voicing Edward Elric. He is currently voiced by Jason Liebrecht.

In the flashback sequence of "Burning the Candle", Qrow had dark spiky hair and donned a cloak, with predominantly dark or black clothing. In "Ruby Rose", Ozpin described him as a "dusty, old crow".

In his official design, he has graying black, spiky hair, red eyes, and slight stubble along his jawline. With a red, tattered cloak, he wears a gray dress shirt with a long tail, black dress pants, and black dress shoes.

He also wears a ring on his right index finger, two other rings on his right ring finger, and a necklace with a crooked cross-shaped pendant.

Qrow's bangs are down most of the time, but he pushes his hair back when fighting.

Qrow is a rude, blunt, cynical, sometimes crass, yet cool-headed and nonchalant individual. It's acknowledged that he's a major alcoholic as Glynda Goodwitch states, "He's always drunk." He openly criticizes the Atlas military for occupying Vale and mistreating Ozpin during the Vytal Festival. Qrow's dislike of Atlas is brazen enough for him to immediately get into a brawl with Winter Schnee upon encountering her, and personal enough for him to back down at the last second just for the chance to humiliate Winter in front of Ironwood. He also shows a level of cockiness when he taunts Winter into attacking him.

His mischievousness is consistent, for he shows in "Lessons Learned" that he's immature enough to be willing to distract Yang with a sexual quip in order to claim victory over her when playing a video game. He also has a mercurial attitude towards his age: disgusted at the notion of being called old by his nieces, but willing to use it as an excuse to leave uncomfortable conversations.

This childish facade, however, belies the demeanor of a veteran Huntsman. While watching the Vytal Festival Tournament, he openly expresses displeasure and lack of approval while observing the matches, even as far as calling one a mess. He hinted to his nieces that his time out in the field has hardened him, which made the much safer displays of strength on the broadcast seem tame and benign in comparison.

Qrow cares for his nieces dearly; he saved Yang and Ruby from being killed by Grimm when they were very young. He also took Ruby under his wing and trained her in scythe-wielding, allowing her to pursue her dreams as a Huntress. "It's Brawl in the Family" and "Lessons Learned" also show that he is very close to his nieces and plays the part of the childish uncle, ruffling Ruby's hair when he sees her again, playing video games with his nieces and not being above distracting them to claim victories. He's also very cautious, warning Ruby and Yang to not let their past near-victories against Roman Torchwick and the White Fang go to their heads. Although cautious with them, he has faith in his nieces' potential as Huntresses, encouraging them to continue learning throughout their time at Beacon, saying they will go far after graduating.

He's also very aware of Yang's desire to find her mother, Raven, making an unsuccessful effort to conceal her face when he shows his nieces the Team STRQ picture, and quickly putting it away when he notices Yang's fixation on her.

In "Family", it is shown that unlike his sister, Qrow despises killing. He is upset with Raven for not contacting Yang, especially after she knew her daughter had lost her arm. He values family and does not appreciate what he calls her skewed perception of what it means.

Qrow is very self-conscious about his Semblance. Aware of its possible impact to people around him, he makes a point to keep his distance from those he cares about.

He holds religion in doubt, but he takes Ozpin's word on the previous existence of the brother gods and their Relics.

In "Known by its Song", Raven stated that she and Qrow attended Beacon to learn how to kill Huntsmen, implying that he once shared her brutal nature in the past.

In "Sparks" Qrow states to Clover Ebi that he has given up drinking and this is confirmed in "Cordially Invited" when a servant offers him wine and he declines.

As mentioned by Ozpin, Qrow is a master scythe wielder, having taught Ruby how to use her scythe. Crescent Rose is confirmed not to be a copy of Harbinger, as Ruby stated that she designed Crescent Rose herself. There are also notable differences. In "Heroes and Monsters", he was shown easily dispatching a Griffon by slicing it in half, demonstrating he has remarkable mastery of his weapon.

In the episode "It's Brawl in the Family", Harbinger first appears as a longsword, which contains gears near the crossguard area. And like most Huntsman weapons, his blade also contains a gun component. Though as he began to reveal its true form, he stops and retracts it before its transformation is complete. However, the scythe form is later seen in its entirety in "Heroes and Monsters".

Qrow is able to perform a slash with his scythe that is too fast for the eye to see, even when everything is viewed in slow motion. Moreover, during his fight with Winter, Qrow wields Harbinger proficiently with either hand, revealing himself to have trained to be able to use it whether it is in his dominant or weak hand.

Qrow is also shown to be proficient in hand-to-hand combat, able to deliver several quick staggering blows and a kick strong enough to put some distance between him and his opponent as shown during his fight with Tyrian. Another testament to his strength and skill, is that even when he's drunk, he was able to match Winter Schnee, a high ranking Atlas official, in armed combat.

Qrow is strong enough to smash a crater into the ground with his sword, cut through metal poles, as well as release Auraarcs. Qrow has also shown proficient accuracy with his sword as a throwing weapon, as seen in his fight with Tyrian when he launched his sword into the ground in mid fall to act as a foothold to regain traction and control of the battle.

Even among his peers, Qrow is a greatly feared and formidable Huntsman, with even the likes of General James Ironwood and Dr. Arthur Watts being wary of his combat prowess.

Qrow has been shown to be incredibly resilient to toxins, as it took a substantial amount of time for Tyrian's venom to work its way through his bloodstream, even with Qrow drinking alcohol, which would make the venom spread even faster.

It is stated in "Welcome to Haven" that Qrow is equally matched with his sister Raven.

Qrow's Semblance brings misfortune wherever he goes, and unlike most Semblances, it's almost constantly active and uncontrollable, with random spikes leading to incidents as small as a glass being knocked onto the floor in "New Challengers..." or as significant as a blocked attack chopping off the corner of a building in "Punished". His Semblance can come to his advantage in a fight, such as when Tyrian Callows falls through an old roof.

His Semblance does not discriminate on who it affects, which causes him to keep his distance from the people he cares about. According to Kerry Shawcross, he can also choose to amplify his Semblance when he wishes, in which case it uses Aura.

In the episode "End of the Beginning", after the credits roll Qrow is seen leaping from a cliffside with a black bird in his place, the first demonstration of his ability to transform into a crow. His shapeshifting ability is shown again in "Tipping Point", where he transforms to quickly catch up with team RNJR during their fight with Tyrian Callows. In "Known by its Song", it is stated by Raven that Qrow was given this ability by Ozpin. The exact nature of the ability or how it is granted is unknown except that it is magical in nature. 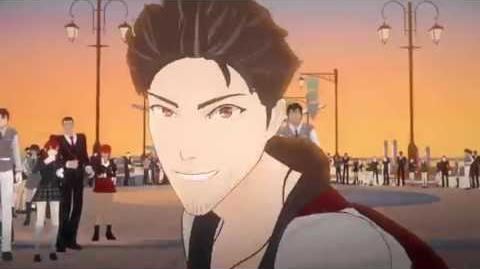 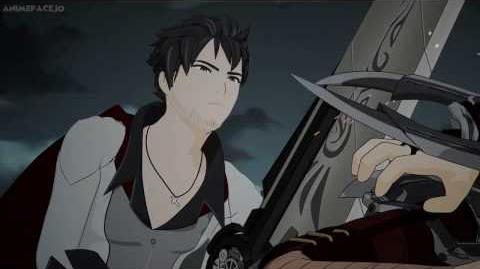 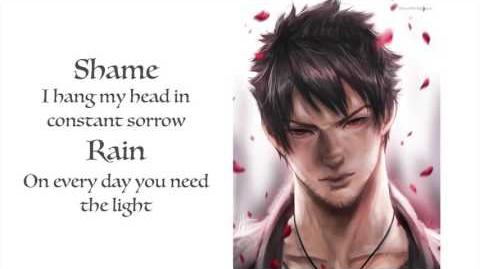 Chibi Qrow
Add a photo to this gallery

Qrow Branwen on the RWBY Wiki.

Retrieved from "https://hero.fandom.com/wiki/Qrow_Branwen?oldid=2120317"
Community content is available under CC-BY-SA unless otherwise noted.