To keep the kingdom safe

Formerly Overprotective Parent
Queen Karina Lucy Thornton is a reformed character in the 2015 animated film, Barbie in Princess Power. She is the queen and rules the kingdom of Windemere with her husband Kristoff and her daughters, Kara, Gabby and Zooey.

She speaks with a British accent and was voiced by Patricia Drake, who also voiced Queen Danielle in Barbie as The Island Princess.

She is tall and has brown hair and blue eyes. She wears pink eyeshadow.

Her dress is yellow with white patterns on the right. Her necklace is golden. She wears white long gloves. Karina is overprotective towards Kara and her sisters. She doesn't want Kara to play the role of Super Sparkle after she learns the truth, thinking that Kara lied to her and that the job was too dangerous. However, she was proud of Super Sparkle's bravery and changed her mind later, after Kara and Corinne rescued her, Kristoff, Gabby and Zooey from the safe tower they hid in to escape the Baron, and for stopping his attempted coup d'etat. 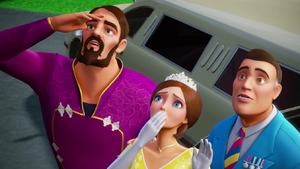 Karina, Kristoff and the Baron. 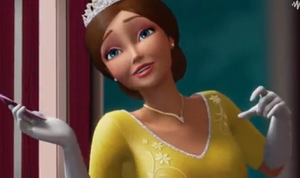 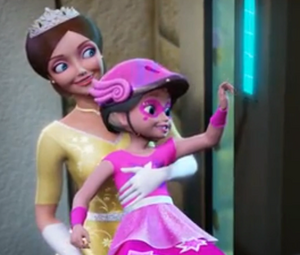 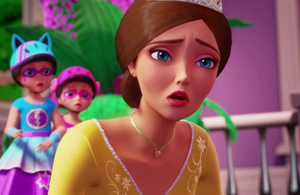 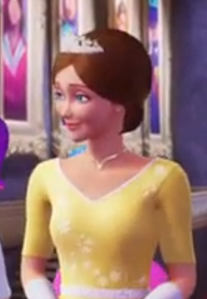 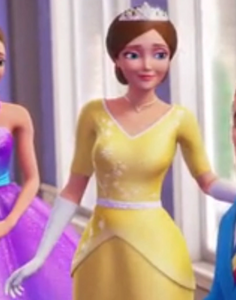 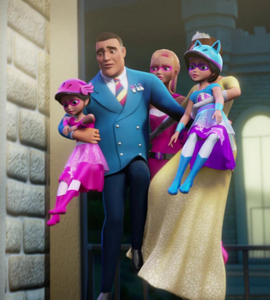 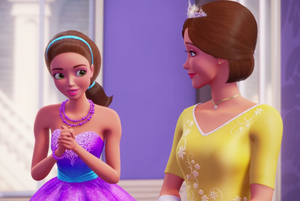 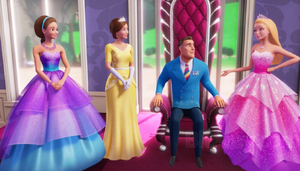 Happily ever after!
Add a photo to this gallery

Retrieved from "https://hero.fandom.com/wiki/Queen_Karina?oldid=1789505"
Community content is available under CC-BY-SA unless otherwise noted.