Spending time with Carlos and Mariposa.

To protect her kingdom and people from the Skeezites and Henna (succeeded).

Monarch
Queen Marabella is a character in Barbie: Mariposa series. She is the queen of Flutterfield, and she has a son named Carlos.

She was voiced by Jane Barr.

At that time, Flutterfield is cut off from the rest of Fairytopia because of the Skeezites. Skeezites hate the light so Marabella who wasn't served as a queen at that time filled the trees with light that would never end as long as she lived. So the butterfly fairies made her their Queen. Henna was her servant and her "loyal" friend. But one day she gave the Ilios poison to Queen Marabella, so she might take the throne.

If the Queen wouldn't be rescued she had only 2 days to live, and if she died the lights of Flutterfield would turn off. Unfortunately only her son, Prince Carlos believed that she was poisoned by the Ilios poison. The others thought it didn't exist.

Luckily, before Prince Carlos was locked up for his safety, he gave a map to Mariposa that would help her find the antidote for Illios. Mariposa, Rayna, and Rayla found the flower antidote and returned in time to Flutterfield to curing her.

Marabella allows Mariposa to work in the Royal Library as the Royal Historian. She sends Zee to fetch up Mariposa to tell Mariposa she wants to discuss something urgent immediately.

When Mariposa was soon arrives that she asked her what does Mariposa knows about the Crystal Fairies. Mariposa explains everything she knows but Lord Gastrous tells her she haven't tell that how Crystal Fairies are mean and horrible and they are the enemies of Butterfly Fairies.

Mariposa disagrees and Lord Gastrous claimed she is not as knowledgeable as she thinks but Mariposa defend herself by telling that all the fairytales story about Crystal Fairies are not true at all only history can explain it and everything should be based on research and facts not some kind of fantasy stories.

This make Queen Marabella agrees with Mariposa and appointed her as the Royal Ambassador to make peace with the Crystal fairies and learn more about them. After Mariposa was successful, Regellius was invited to Flutterfield to meet Queen Marabella.

The King greets her formally but then suddenly he remembered that "Hey!" with arm wave is a great respect in Flutterfield. Thus he did the same as Mariposa did and shocked the Queen. Marabella thought it was how Shimmervale people greet each other and replied the king the same way.

Queen Marabella is heard talking only in the end of the first movie after she was healed. Like every queen/fairy or supporter on Barbie Movies, she has a quiet and wise personality. She has an elegant appearance, with blue eyes and honey blonde hair tied in a bun. She wears a long blue dress, a blue butterfly necklace and the crown. In the sequel her hair color is strawberry blonde like Mariposa. 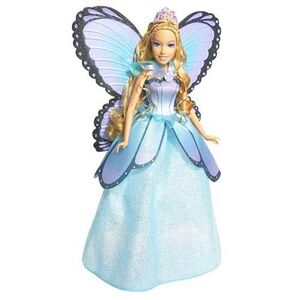 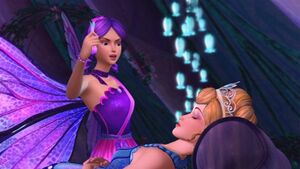 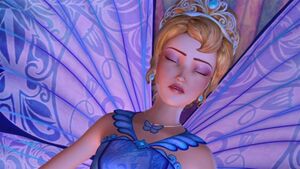 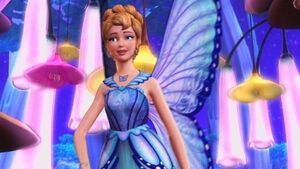 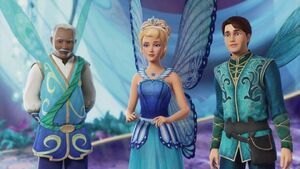 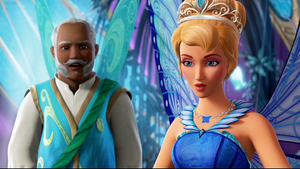 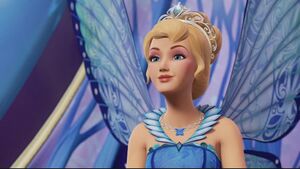 Retrieved from "https://hero.fandom.com/wiki/Queen_Marabella?oldid=1906630"
Community content is available under CC-BY-SA unless otherwise noted.