Queen Tuya (The Prince of Egypt)

To peacefully raise both Rameses and Moses and continue ruling Egypt.

Queen Tuya is a minor yet pivotal character of the 1998 film The Prince of Egypt.

She was the queen of Egypt, the wife and consort of Set I, the mother of Ramses II and the adoptive mother of Moses. When Moses was a baby, his mother Yocheved set Moses adrift in a basket. The basket ended up at the palace where Moses was found by Tuya and raised as her own son.

Tuya was voiced by Helen Mirren, who also played Mother Ginger in The Nutcracker and the Four Realms, and her singing voice by Linda Dee Shayne.

Unlike her husband, Tuya was very kind and loving like when she discovered and adopted Moses. This is also shown when she made Seti stop scolding Ramses which shows that they do love each other. She can also be saddened like when Moses humiliated Tzipporah. She also tried to assure Moses that he really belonged in Egypt when he discovered his true heritage. Despite caring for Moses even though she knew who he was, it is unknown how she viewed her husband’s genocide of Hebrews or the Hebrews in general. She was also shown to have the same worship of the Gods her people had, as she did not question why Moses was sent to her family and instead tried to set the same belief of the gods’ will on Moses, reminding him that he was still their son and a Prince of Egypt, although there have been debates over whether or not this was a good move considering the later events that set in motion, such Moses’ own self discovery and dedication to help his true people (birth family) and ironically devastated Egypt (his adoptive) his adoptive family in the process, all of which were under the will of Moses’ God.

Tuya is first seen with a toddler Ramses until the basket containing baby Moses (who was sent adrift by Yocheved to protect him from Seti who ordered all male babies to be thrown into the Nile) arrived at the palace where Tuya discovers the baby, adopts it and names him Moses.

Years later, she is present when after Moses and Ramses destroyed a temple while racing through it, Seti scolds them for this but takes his anger at Ramses by calling him a "weak link" but Tuya makes him end the scolding. However, Moses requests that Ramses be given a chance to prove himself in which Seti agrees. Tuya then was at the banquet where Ramses was appointed Prince Regent and Moses as Royal Chief Architect. However, when Moses humiliates Tzipporah by letting her fall into a pond, Tuya becomes disappointed in Moses which makes him regret his actions.

Later on, after Moses discovers his true heritage, she admits that he is not truly her son but tries to assure him that he really belongs in Egypt due to the gods sending him there.

Tuya is not seen for the rest of the film implying that like her husband, she passed away sometime between Moses leaving Egypt and before he returned.

Tuya appears in the stage adaptation of the film.

Her role remains the same as in the film though in this version, she is shown to still be alive after Ramses becomes Pharaoh. She also gains a daughter-in-law named Nefertari, who was betrothed to Ramses by Seti. 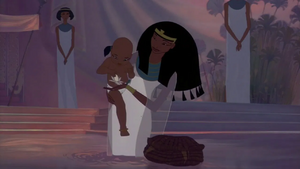 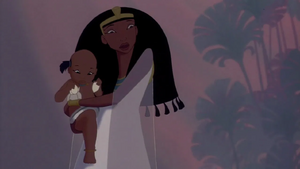 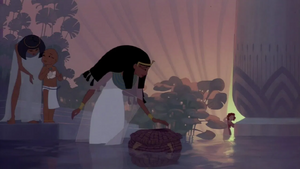 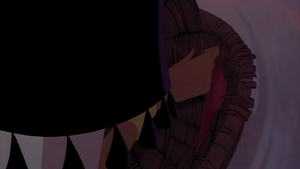 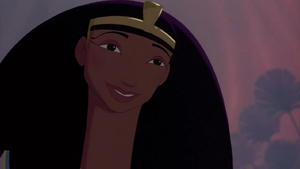 Tuya discovers baby Moses and becomes smitten with him. 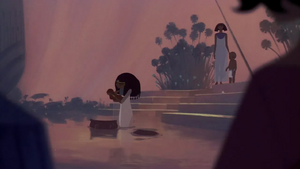 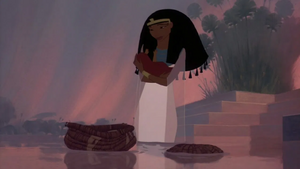 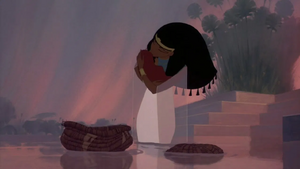 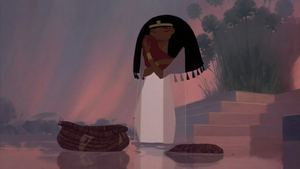 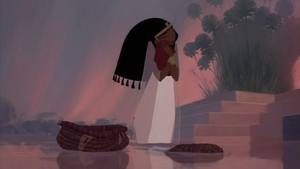 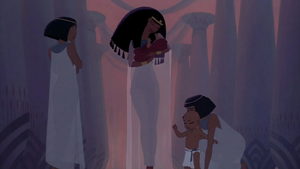 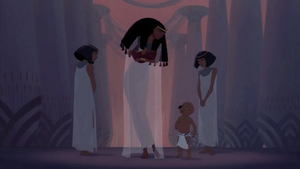 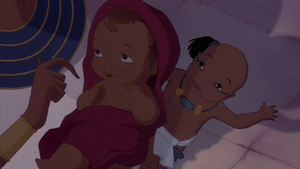 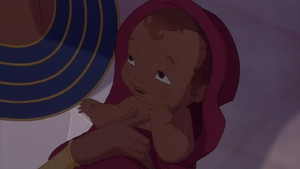