Destroy the Space Corps and the Earth (Failed)

Starfighter
The R-13A Cerberus is one of the protagonists of the 1998 Shoot 'Em Up video game R-Type Delta. It is a powerful R-Craft created by an arms maker rivaling the Space Corps called Warrick Inc. Following an untimely fate, the fighter later becomes a hidden antagonist in R-Type Final.

At the time the Space Corps was designing and experimenting on the R-9A2 Delta, a rival arms maker called Warrick Inc. came up with plans to create a seemingly more powerful starfighter to rival that of the Corps. As a result, the arms group created the R-13A Cerberus, which concentrated on power rather than strategy.

As with the Delta (and another craft called the RX-10 Albatross), the Cerberus was still in its experimental stage by the time the Bydo Empire began to invade Earth by possessing the Moritz-G, a large orbiting defensive weapon that was prepared to attack the Earth. As a result, the Cerberus, alongside the Delta and the Albatross were sent into combat to potentially stop the invasion.

Eventually, all three crafts located the source of the Bydos in an alternate dimension. The three crafts managed to destroy the core, but in doing so caused a chain reaction that would suddenly destroy the dimension. While the R-9A2 Delta and the RX-10 Albatross manage to escape from the dimension in time, the R-13A Cerberus fails to do so and gets trapped in the dimension, leading to the craft to be presumably lost or destroyed as a result.

Nineteen years later, the Space Corps sends a craft called the RX-12 Cross The Rubicon into the so-called "Bydo Forest". There it discovered the R-13A Cerberus, which was now under the influence of the Bydo Empire. The two crafts battled each other, with the Cross The Rubicon ending up victorious and destroying the "Forest Watchdog" in the process.

Unlike most R-Crafts which use weapons for more strategic purposes, the R-13A Cerberus uses ones that focus on power over everything else. 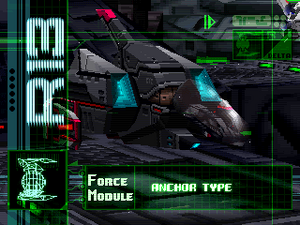 The R-13A Cerberus in R-Type Delta 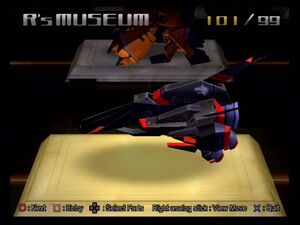 The R-13A Cerberus in R-Type Final 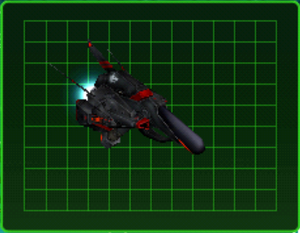 The R-13A Cerberus in R-Type Command