Starfighter
The R-9A2 Delta is the titular protagonist of the 1998 Shoot 'Em Up video game R-Type Delta. It is a R-Craft created to replaced the severely damaged R-9A Arrowhead following the events of R-Type, and acts as a predecessor to the more advanced R-9C War-Head. It pocesses a unique weapon that its predecessor did not: the Delta Weapon, which allows the craft to eliminates all smaller Bydos and severely damages larger ones (including bosses).

Following the events of R-Type, the R-9A Arrowhead successfully returns back to headquarters, but because the resulting war left the iconic craft severely damaged, it is quickly retired from service, and its parts are stripped for further research in future Bydo confrontations. The Space Corps begins research on a newer, stronger craft that can continue doing what the Arrowhead started, and after numerous tests, a potential prototype called the R-9A2 Delta is created. This new craft is fitted with the more powerful Diffusion Wave Cannon that the Space Corps was testing at the time, as well as a unique weapon called the Delta Weapon, which is capable of eliminating multiple Bydos at once.

One year later however, the Moritz-G, a large orbiting defensive weapon created by the humans is manipulated by the Bydo Empire, and begins a potential strike against Earth. Despite the fact that the R-9A2 Delta was still going through test trials, the Space Corps decides to released the craft into service under an emergency protocol in an attempt to counter the Bydo invasion, alongside two other experimental crafts the R-13A Cerberus and the RX-10 Albatross.

The Delta successfully proves that it is more than up to the task of destroying the Bydo Empire, and completes its mission by destroying the Bydo Core, alongside the Cerberus and the Albatross, but as a result, a large chain reaction occurs, causing the dimension that the crafts are in to begin to explode. The R-9A2 Delta, alongside the RX-10 Albatross successfully escape, but the R-13A Cerberus is not so lucky and gets trapped in the dimension and is presumed destroyed for nineteen years.

After completing its mission, the R-9A2 Delta was updated further, eventually influencing its technology into the later R-9C War-Head, which would prove useful in a second Bydo war.

The R-9A2 Delta shares many weapons similar to its predecessor, however it also boasts several unique armaments such as the new Delta Weapon and an updated and more powerful version of the Wave Cannon. 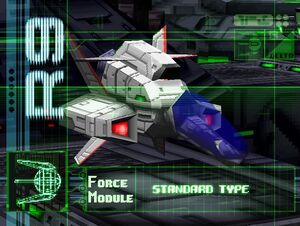 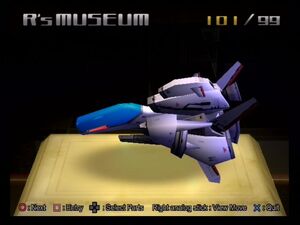 The R-9A2 Delta in R-Type Command.