Starfighter
The R-9C War-Head is the main protagonist of the 1989 Shoot 'Em Up arcade game R-Type II and its 1991 spin-off Super R-Type. It is one of the many R-Craft successors to the R-9A Arrowhead, which became somewhat outdated after the first Bydo War in R-Type. The War-Head was designed to correct many flaws the Arrowhead was known to have, and was built with a more powerful wave cannon to help counter evil forces of the Bydo Empire.

After the Space Corps' success in the first Bydo War, several projects were made to improve upon the R-9A Arrowhead's design to improve the R-Crafts' performance against Bydo forces should the alien force return. Many designs were put into place, such as the R-9A2 Delta, and the R-9A3 Lady Love, but these spacecrafts were considered prototypes to a final design, and as such were only used in reserve.

Eventually, the R-9C War-Head was released, a direct successor and improvement to the Arrowhead, which was nearly identical to the predecessor, but with more firepower and an additional and more powerful wave cannon.

By the time the Bydo Empire returned and attacked the Solar System, the War-Head was launched against the invaders, and like the Arrowhead, the War-Head once again proved to be a major success.

Following the second victory against the Bydos, the War-Head remained in service (albeit reserve) as the Space Corps continued to improve upon the overall design of future R-Crafts.

Like its predecessor, the R-9C War-Head boasts numerous weapons for all forms of combat but at a larger variety, thus making more versatile against Bydo forces.

In addition, the War-Head is granted two additional lasers compared to the Arrowhead:

The R-9C War-Head as it appears in R-Type II with all of its upgrades active. 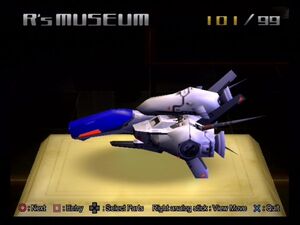 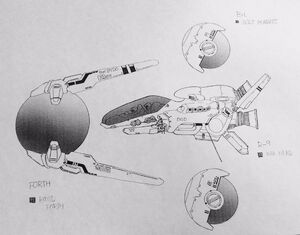 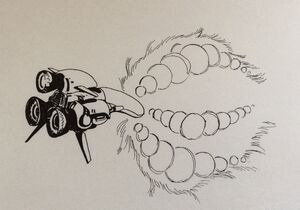