R. Dorothy Wayneright, usually known simply as Dorothy, is the deuteragonist and lead heroine of the anime series The Big O. She is an android created by the scientist Miguel Soldano, as commissioned by Timothy Wayneright. She moves in with Roger Smith after he saves her, becoming his assistant and often accompanying him on Negotiator missions.

She is voiced by Akiko Yajima in the Japanese version and Lia Sargent in the English version.

Dorothy stands just under 5 feet (150 cm) tall, has red hair, chalk-white skin, and much more bodyweight than her slender appearance reveals, due to her body being mechanical. At Roger's insistence, she wears a black dress with a white collar and thigh-length black tights with black shoes.

Being of a mechanical nature, Dorothy is generally withdrawn, stoic and cold. She is described by Angel as being "perpetually foul-tempered" and at times can be extremely sarcastic, despite her insistence that she was programmed without the ability to feel emotions. While she tends to speak in a monotone whisper, there are times in which she has become visibly angry. Dorothy is also very insecure about her robotic nature: for instance, she refuses to board an elevator with a strict weight capacity because it reminds her that she is merely a "copy" of the original Dorothy Wayneright.

Ironically, while she can pass as a human under cursory inspection, Dorothy is the least "human" of any android seen throughout the series, as the rest are all shown to be capable of experiencing and expressing emotions. With the revelation that R. Dorothy possesses the original Dorothy Wayneright's mind, it is also implied that Dorothy's reticent behavior comes from the shock of her grandfather's death, which is indeed a very human reaction to have. In her spare time, Dorothy enjoys playing the piano, having previously worked as a musician under the alias Dorothy Soldano. She frequently plays it loudly as a way to wake up Roger, who has a habit of sleeping in.

Despite her sarcastic nature, Dorothy is generally a very straightforward person who can get along with just about anyone, even those she harbors suspicion towards. Nevertheless, if she does suspect someone, she will make it clear, outright telling Angel that she doesn't trust her and easily seeing through her claim that she doesn't hate her. She will also occasionally hide that she cares about someone e.g. she tells Instro that he can't die because they haven't finished their piano lessons yet.

Dorothy complies with some of Isaac Asimov's three laws of robotics, but not all. For example, she is incapable of knowingly and willingly harming a human being, though if she is tricked into thinking that they are not human (whether by themselves or another), then she is capable of inflicting harm upon the said target. Dorothy, while "obedient", also has a penchant for passive aggressiveness and deliberately acts inhuman to get a rise out of her master, whom she often refers to as a nuisance with her catchphrase, "You're a louse, Roger Smith," which eventually changes to "You're such a louse, Roger Smith." 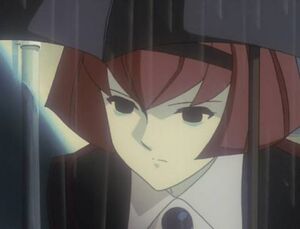 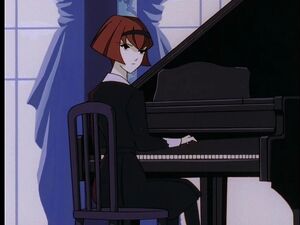 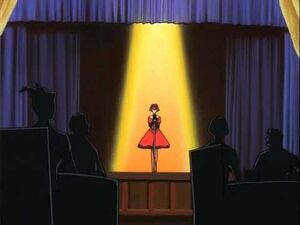 Dorothy and Instro
Add a photo to this gallery
Retrieved from "https://hero.fandom.com/wiki/R._Dorothy_Wayneright?oldid=1927181"
Community content is available under CC-BY-SA unless otherwise noted.