Robotic Operator of the Great Fox

ROB 64, and sometimes ROB the Robot, is a character from the Star Fox series, he is the robotic operator of Star Fox team's mothership, the Great Fox. ROB has the ability to completely control the Great Fox, technically making the ship fully autonomous. He is also networked to the ship's main computers, allowing ROB to process any information requested by the Star Fox Team. ROB can also use the ship's transfer device to send vehicles and items to Star Fox team members in the field.

ROB 64 is a human-like robot, his head is oval, he is light yellow and gray, he has a rectangular red visor

In Super Smash Bros. Ultimate. ROB 64 appears as a advanced-ranked support spirit that increases the power on shooting items. His spirit battle is a stamina battle against R.O.B., Falco and Fox on the battlefield form of corneria. Only R.O.B. need to be defeated to win. 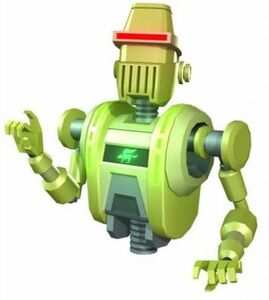 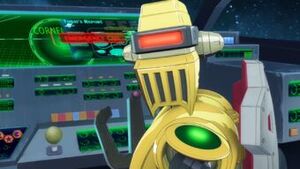