Starfighter
The RX-10 Albatross is one of the protagonists in the 1998 Shoot 'Em Up R-Type Delta. It is a unique prototype R-Craft that splits away from the main series of fighters created by a collaboration project involving the Space Corps' Air Force branch alongside the McGwire Co. Ltd. aircraft manufacturer. The craft is built with mirror coating, [presumably] giving it an overall boost in defense compared to normal R-Crafts.

Around the time the R-9A2 Delta was being developed by the Space Corps' main branch, the Air Force began developing plans to create a similar fighter with unique weapon and defensive capabilities. To achieve this, the Air Force reached a deal with McGwire Co. Ltd., a company that specialized in aircraft manufacturing, and created a unique craft that differed from the characteristics of the normal R-Crafts.

The new craft, dubbed the RX-10 Albatross, was still in its experimental stage when it was suddenly put into service following the Moritz-G being manipulated by the Bydo Empire to invade the Earth. It is joined alongside the other experimental crafts the R-9A2 Delta and the R-13A Cerberus in an attempt to stop the invasion.

The three experimental crafts manage to track down the Bydo Core in an alternate dimension and destroy it, but in doing so causes a chain reaction that threatens to destroy the dimension as a result. The Rx-10 Albatross, alongside the R-9A2 Delta manage to escape just in time, but the resulting explosion traps the R-13A Cerberus in the dimension, leading to the fate of the doomed craft to be presumably destroyed until its real fate is revealed nineteen years later.

Although an R-Craft, the Rx-10 Albatross breaks away from the traditional technologies used by the standard crafts at the time. It is armed with very unique technology whose uses prove to be more strategic compared to its normal counterparts. 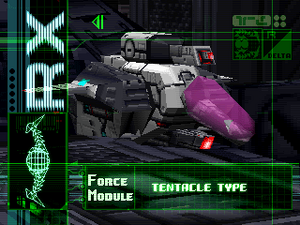 The RX-10 Albatross in R-Type Delta 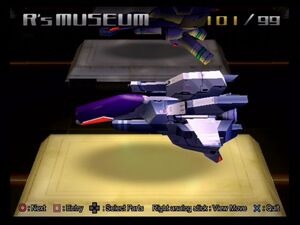 The RX-10 Albatross in R-Type Final 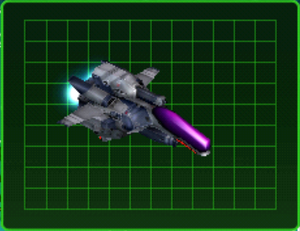 The RX-10 Albatross in R-Type Command