Stop the zombie outbreak in Raccoon City (both failed)

The Raccoon City Police Department (R.P.D. for short) is the main law enforcement entity for the former midwestern town of Raccoon City and the surrounding areas such as the nearby Arklay Mountains. The Raccoon S.W.A.T. was part of the organization, with the S.T.A.R.S. teams being an associated agency.

The RPD is comprised of several divisions these include: patrol, Special Weapons and tactics (S.W.A.T.). The Special Tactics and Rescue Service (S.T.A.R.S.) and a K-9 Unit.

The Patrol Division is the backbone of the RPD, containing some of the most recognizable division members in the city. They provide a round of clock service both on foot and by patrol car to the residents of Raccoon City. During the Raccoon City Incident, these officers were pushed to their limits and forced to deal with the hordes of Zombies and other Creatures that were overrunning the city. They sustained many casualities and fatalities but still kept their determination and integrity intact.

The S.T.A.R.S. unit was founded in 1996 to tackle hostage situations, terrorist threats and other incidents were suspects and criminals are well armed. S.T.A.R.S. were specialized in Search and Rescue operatives (hence their name). The team itself was more of an associated agency than a true member of the Police Force. For example, Rebecca Chambers had only recently graduated from university at the age of 18 and with a degree of medicine, and lacked suitable police training. As a law-enforcement agency, they still retain the Power of Arrest, as evident that Rebecca Chambers attempted to place Billy Coen under arrest during July 1998.

This unit was created to replace the S.T.A.R.S. teams after they ended. These officers were specially trained to deal with high-risk operations. The members of this unit were highly skilled in use of many weaponry and all in top physical and mental condition.

A K-9 Unit was brought into the RPG which consisted of trained officers with Police Dogs. Although the unit was entirely destroyed when the T-Virus broke out, transforming the police dogs to Zombie Dogs. 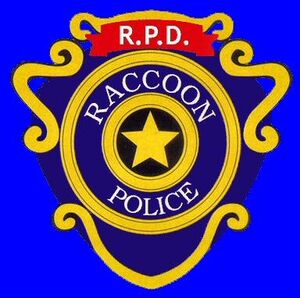 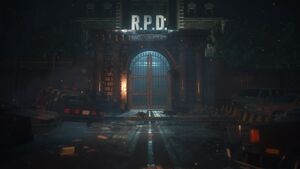 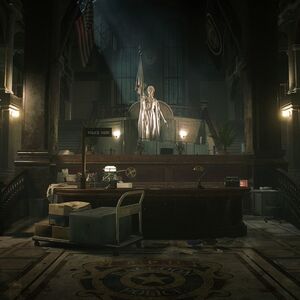