Free her sister who is a Fiend by killing her (succeeded).

Rachel and her twin sister Alma are afflicted with a blood curse that turns humans into fiends. By the events of Ninja Gaiden, the curse has consumed Alma. Believing there is no cure for their condition, Rachel seeks Alma through much of Ninja Gaiden in order to kill her to redeem her soul.

Rachel at first appears to Ryu as a ruthless and strong hunter who wonders if Ryu is strong enough to stand up against the fiends, for that matter she acts alone making her way through the Vigoor empire until she explains her story to Ryu, who saves her life afterwards.

As the story continues Rachel starts to trust Ryu, giving some information on how to reach Doku, but keeping her strong attitude and tough demeanor.

However at heart Rachel is more sensitive and emotional giving up to her feeling towards her sister Alma, despite her being a fiend she chooses not to finish her off, revealing her weakness to the enemy.

By the end of Ryu's journey Rachel appears to be less of a hot head and more caring, as she rushed to a volcano to save Ryu and standing aside of Ryu when Murai reveals his treason. 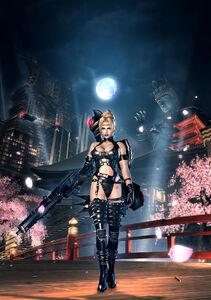 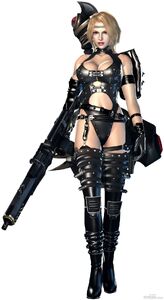 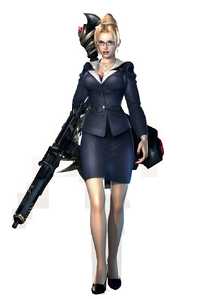 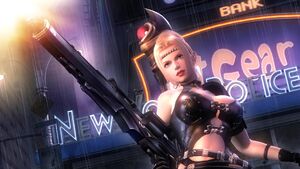 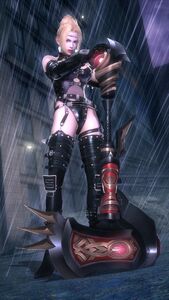