Raiden Fighters, previously known as Gun Dogs, are a titular fighting division of different aircraft and flyers through the famous vertical side-scrolling shooter video game series of the same name. It is known for operating the resistance against dictator's army from attacking the allies and conquering some respective territories during the uprisings of every guerrilla warfare.

During the Earth-Cranassian Wars (also referred to as Crystal Wars) in Raiden series, Earth's World Alliance Military forces managed to capture some Cranassian prisoners of war. One of prisoners tells the story:

Thus began their long, arduous journey through space and time.

Finally in 2090 A.D. (event of the first Raiden), Cranassians reached The Solar System and discovered a very habitable 'Green Planet' called Earth. Cranassians, exhausted of resources and strengths after long and tortuous journey through space, decided that Earth would be theirs for the taking.

Furthermore, the POW confessed that during the 5 Great Cranassian Wars of Cranassia existed a squadron of fighters with extremely high-performance. These extremely powerful fighters turned out to be distant protoypes of Supersonic Attack Fighter, which would later become World Alliance Military's Raiden Mk-II and Mk-II Beta.

Only few characters from both main and spin-off series can appear but some of them are kept secret. 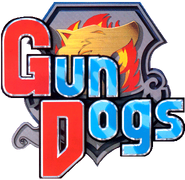 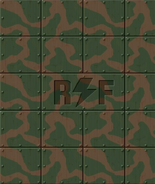 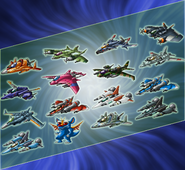