The Rainicorn Puppies are Jake and Lady Rainicorn's five children are introduced in "Jake in the Dad."

As part of both species, dogs and rainicorns, share similarities and characteristics of two of them. As for the dogs, some of them as Kil Kim Whan and Charlie have dog chin and nose, the most like his father. Mostly, share characteristics of rainicorns, either by her blond hair, multiple colors in the body, the elongated nose (for Viola), his (and lower in the case of Jake Jr) upper horn and long body, although this is also due to the elastic Jake powers. Rainicorns half the dogs grow faster than usual, allowing them to mature faster than other beings. Currently, all have between 20–30 years of age, almost like his father Jake and possibly greater than Lady Rainicorn.

Most puppies has some power of their parents. Charlie, Kil Kim Whan and Viola can fly, the latter thanks to its tail. Everyone can teleport and change the color of objects like his mother. As for his father, only Jake Jr and Kil Kim Whan can use the elastic powers, but Jake Jr can only do so through her hair. Furthermore, they can be merged into one and merge others in your body too. The fused being is led by Jake Jr. Whan Kim Kil unites all his brothers and serves both arms, with the right pliers. 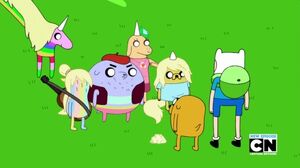 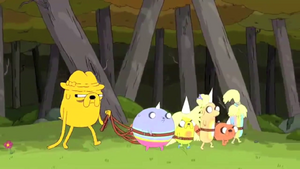 Add a photo to this gallery
Retrieved from "https://hero.fandom.com/wiki/Rainicorn_Puppies?oldid=1743723"
Community content is available under CC-BY-SA unless otherwise noted.