Determinator, Protector
Raki is the male supporting protagonist in the manga/anime series Claymore. He is a human whose family was eaten by yoma and was saved by Clare. He was allowed to travel and is very close to her, wishing to be able to help her fight and protect her like she protected him. As a result, he is one of the few significant ordinary humans in the series. Initially, he is unable to fight, but after the time-skip, he has become able to take on regular Yoma with relative ease.

When the series begins, Raki appeared as a pre-adolescent with short light-brown hair and a trademark scar above his left eyebrow. Seven years later, now an adult, he is taller than Clare and much more muscular. He also sports a longer version of his former hairstyle.

Raki is easily trusting, as shown in his friendship with Clare who was feared by the rest of the villagers. He also one of the kinder people in the series, as even after Clare had said she prioritized killing a Yoma over saving, he simply replied that that didn't change the fact that she saved his life.Raki, unlike most humans in the series, is not judgemental of Claymores or even Awakened Beings as shown with his friendships with Clare, Isley, and Priscilla. Because of this kind nature, Raki is capable of forming strong attachments with people very quickly, as shown with Clare and Isley.

Raki is also very protective over those people he loves and desires to become stronger to be able to protect them, shown when he sticks up for Clare when she was being mocked by Helen and Deneve and when she was attacked by Ophelia. 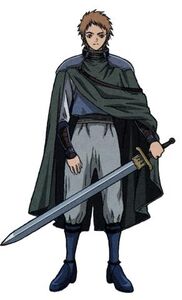 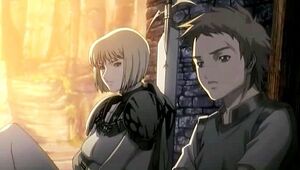 Raki and Clare
Add a photo to this gallery
Retrieved from "https://hero.fandom.com/wiki/Raki?oldid=1860861"
Community content is available under CC-BY-SA unless otherwise noted.