Hobgoblin, Guardian of the Chamber of Crowe

To help fight the Nekross

Randal Moon is a supporting protagonist in Wizards vs Aliens. He is a hobgoblin who serves as the guardian of the Chamber of Crowe and is the best friend of a wizard named Ursula Crowe and had taught her how to do Magic when she was younger, having served the Magical Line of Crowe for centuries. Randal is also allies with Ursula's grandson Tom Clarke and aids him in the battle against the Nekross, a race of aliens that eat Magic. Unlike Ursula and Tom who can only cast three spells a day, Randal has unlimited magic. He also speaks in third person.

In his early life in the Neverside, Randal was nearly killed by The Dragon of Moonfall Pass. Luckily he was saved by a wizard named Caractacus Crowe and since then has been serving The Magical Line of Crowe.

On the last day of The Neverside Wars, Randal and Caractacus faced The High Lord of the Wraith Warlock who used his Wraith Lord powers to use Caractacus's own magic against him. But Randal was able to save his friend by cutting off Warlock's staff wielding hand, which became a talisman called The Key Of Bones and was used by Caractacus and other wizards to forge The Line Of Twilight to stop Warlock and the Wraith Lords from reaching The Dayside and harm Unenchanteds.

He is played by Dan Starkey who also plays Strax in Doctor Who.

Randal is bald with a hooked nose and bat-like ears with many earrings on them. He wears brown and creamy clothing and black fingerless gloves. 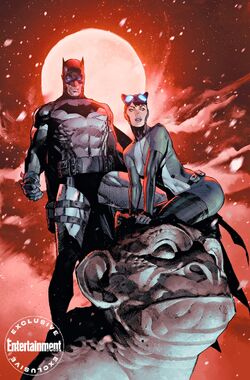 Randal with Stickley the Hobbledehoy

Retrieved from "https://hero.fandom.com/wiki/Randal_Moon?oldid=1452111"
Community content is available under CC-BY-SA unless otherwise noted.