Member of the Occult Research Club

Becoming the household of Hyoudou.

Ravel Phenex is one of the main characters in the light novel and anime series Highschool DxD. She is the younger sister of Riser Phenex and was his Bishop until his defeat at the hands of Issei Hyoudou. After witnessing her brother's defeat at the hands of Issei, she becomes infatuated with him and transfers to his school so she can spend more time with him. She then joins the Occult Research Club and moves into the Hyoudou residence.

Ravel is a young girl with long blonde hair and dark blue eyes. Her hair is tied in twin ponytails with large, drill-like curls, and blue ribbons keeping them in place. The front of her hair has several bangs hanging over her forehead, with a V-shaped fringe hanging over the bridge of her nose.

Her initial outfit consisted of a light purple dress with dark purple accents and a blue bow at the front. At the back, three feather-like extensions mimicking a bird's tail protrude from the dress, which, when combined with her wings of fire, give her a bird-like appearance. Upon transferring to Kuoh Academy, she wears the Kuoh Academy girls' uniform, with the addition of a black sweater over her dress shirt.

In the anime, Ravel wears a long, pink dress with white frills and a magenta bow in the front. At her brother's engagement party, she wears a purple dress with matching gloves and black boots, and holds a pink folding fan.

Ravel is a kind, modest, elegant, and polite girl, but shown to be initially harsh towards those whom she dislikes. She is also stubborn and childish at times, having a habit of wanting other people's belongings. She's very loyal to her older brother, as she is seen diligently obeying his authority. She strongly believes that her brother is so powerful, no one could ever possibly defeat him. However, after witnessing his crushing defeat at the hands of Issei, she becomes attracted to him, and later falls in love with him as the series progresses, albeit in tsundere tendencies.

In truth, she does not really mind being one of Issei's "servants", or otherwise his "concubines", just as long as she can continue to be by his side. It is highly possible that she will trade herself to become one of Issei's Bishops when he gains peerage, for she only wishes to be of use to him. Later on, she seems to have grown very proud for being Issei's manager and therefore, continues to study diligently so as to serve as his support in the future.

She is short tempered when Koneko called her a "fried chicken" as a result of their rivalry between birds and cats who are enemies by nature and due to her brother Riser's ignorance action toward Rias when she rejected him after she was saved by Issei which lead Riser to his defeat.

Despite her young age, she's very intelligent and perceptive, being able to understand the atmosphere of any situation as well as surmise Issei's thoughts just by simply looking at him. She is also prone to childishness too, though not always.

Ravel makes her first appearance in Volume 2 during Riser's visit to the Occult Research Club in the latter's attempt to make Rias reconsider their arranged marriage. She later reappears in her brother's Rating Game against Rias as one of the remaining members that were not eliminated. However, she was forced to retreat after Issei activates the Boosted Gear Gift in a combination attack with Yuuto Kiba's Sword Birth. She is later seen attending her brother's engagement party, witnessing Issei's triumph over her brother. Birth of the Breast Dragon Emperor

Ravel appears in Volume 5 at the party during the Young Devils Gathering (accompanied by Isabela), where she explains to Issei about her brother's then-current condition and that she is now a "free" Bishop after her mother traded her from her brother's peerage. It is at this point that she starts calling Issei with honorifics, "Issei-sama", following the latter's request to be called by his first name.

In Volume 6, Ravel briefly appears in the television station the Gremory Team were at, delivering Issei her handmade cake and running out, due to embarrassment after Issei complimented her on her cooking much to the other girls' displeasure.
The Heroic Oppai DragonEdit

In Volume 7, Ravel helps Issei and Rias in another one of their Oppai Dragon campaigns.

At the end of Volume 9, Azazel mentions that Ravel is transferring to Kuoh Academy as a first-year student.

Ravel arrived in Volume 10 and became a first-year student alongside Gasper and Koneko (the latter in which she has a love/hate relationship), and later moves into the Hyoudou Residence with Issei and co. so that she could spend more time with him.

At the beginning of Volume 11, she becomes Issei's manager in the Underworld under Sirzechs Lucifer's request due to the latter's show gaining popularity among the children. Later on in the end, she starts crying after realizing Issei's demise upon seeing his Pawn Evil Pieces.

In Volume 12, she was encouraged by her two brothers to cheer up. Later on, she, along with the rest of the Occult Club, were elated upon Issei's reappearance, and later congratulated him on passing his Middle-Class Promotion and says that she wants to go on a date with him.

The Legend of Oppai Dragon and his Lively Companions In Volume 14, she starts off fighting with Koneko over the right to sit on Issei's lap. Later, while everyone was consulting with Mephisto Pheles about making pacts with Magicians, he warns Ravel about the Stray Magicians and their dealings with the Khaos Brigade on fake Phoenix Tears, and that she might be targeted. She aids Issei in choosing a Magician and while doing so, gave her opinion on Rias Gremory's Peerage and how they were unique among the Devils. She is later kidnapped alongside Koneko and Gasper during an attack on Kuoh Academy during school hours. She, along with her fellow first years, are rescued by the combined forces of the Gremory and Sitri groups. After reuniting with Issei, she proclaims that she never lost faith in him and believed that he would rescue them.

In Volume 15, Ravel continues to assists Issei in finding a magician for him to make a pact with, where as Kuroka suggested that Le Fay might be suitable for it, however Ravel turned it down due to her former affiliation with the Khaos Brigade. Regardless, Ravel does question Le Fay and discovered that she has actually surpassed her criteria to assume the role.

In Volume 16, Ravel bid farewell to the Occult Research Club members, Bennia, and Loup Garou who are going to Romania to aid Rias and Yuuto. She reminded Issei to mind his appearance, just like a manager would. After the meeting for the formation of D×D ended, Ravel accepted Issei's request to make Le Fay his contracted magician.

Ravel oversaw Issei's contract ceremony with Le Fay in Volume 17 and was successful in making a 5-year pact between the two. She also went with the Occult Research Club to the Underworld to participate in the experience day in the school Sona Sitri built. 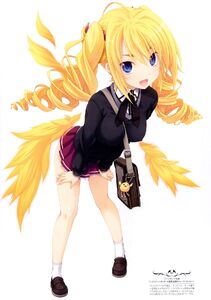 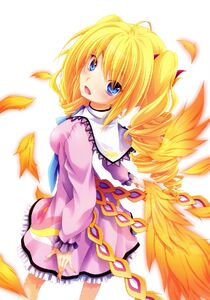 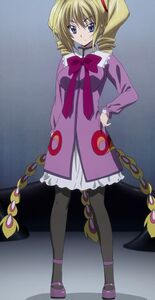 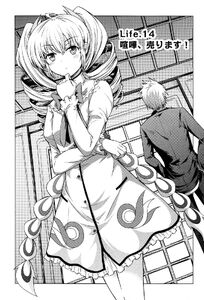 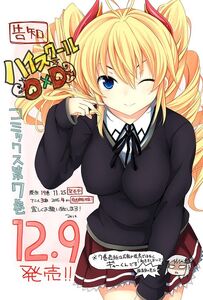 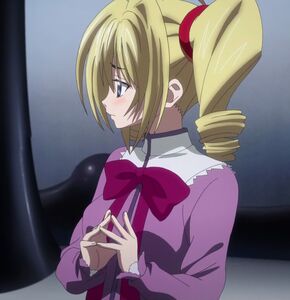 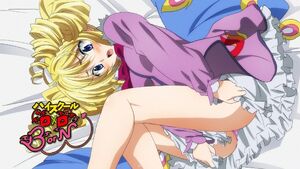 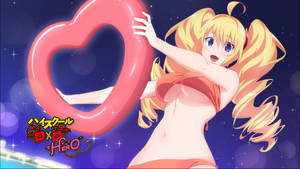 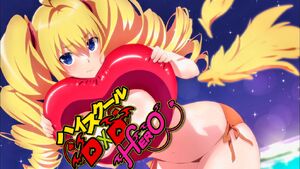 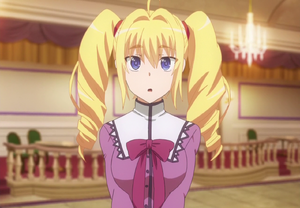 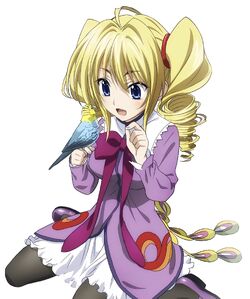 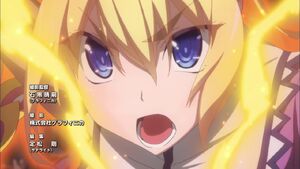 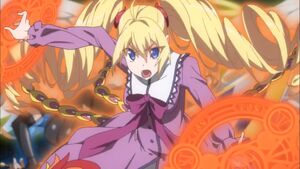