Raven Queen is the daughter of the Evil Queen, the main villain from Snow White and the Seven Dwarfs and the main protagonist of Ever After High. She is not "evil" like her mother, but she is destined to play the role of villain nonetheless. And this does not sit well with her. Against all tradition, she considers the possibility of rejecting the road laid out for her and rewrite the story so that she'll have a Happily Ever After of her own.

Contrary to popular belief at Ever After High, Raven Queen is not evil or even so much as mean. She is kind and considerate with a sarcastic side born from frustration over her unjust reputation. When people try to socialize with her, she is skeptic about their intentions, but not so much that it limits her ability to make new friends.

Raven is not the first student to dislike where her story is taking her, but she is the only one in her class to take actions towards free will: starting with the small step of pursuing her love of muse-ic, a subject usually reserved for good princesses.

Raven Queen has pale skin, violet eyes, and slightly wavy hair in the colors black, purple and maroon. She has purple eyeshadow and matching purple lipstick.

Raven Queen is the daughter of the Evil Queen. According to "Raven Queen's Story", the two have a strained relationship. The Evil Queen is currently locked up in Mirror Prison and often says badly about Raven's father, the Good King, whom she considers spineless. This angers Raven, as she has a good relationship with her father.

Raven is best friends with Madeline Hatter, who originally was going to be her roommate too until Apple White requested that she be roommates with Raven instead. Apple and Raven are not friends, although they attempt to be on friendly terms at least.

Cedar Wood is also considered a good friend, and Cerise Hood is mentioned as another friend of Raven's in the latter's profile.

As a child, Raven had a puppy named Prince. During Legacy Year, Raven acquires a dragon named Nevermore.

Raven's priority in life is where her story is and should be going, which leaves no energy to spend on dating. Dexter Charming likes her, but she is oblivious to this...until she receives a love poem from him on True Hearts Day. She thinks highly of him and appears to be developing feelings for him that are beyond friendship. 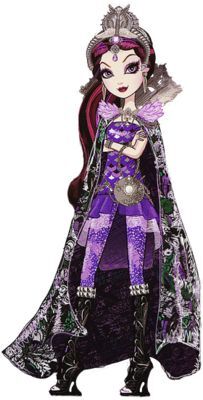 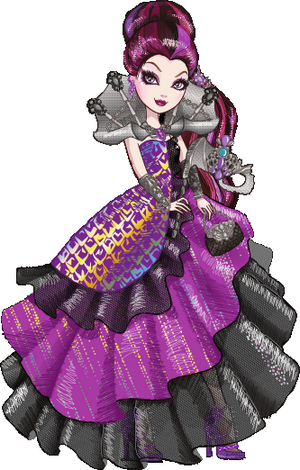 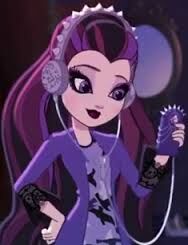 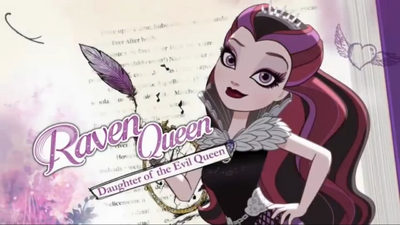 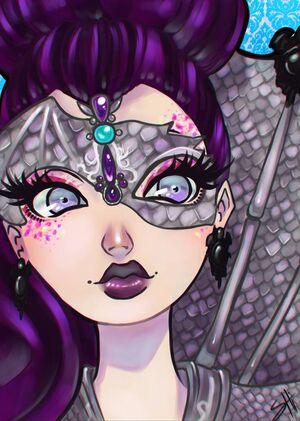 Retrieved from "https://hero.fandom.com/wiki/Raven_Queen?oldid=2254310"
Community content is available under CC-BY-SA unless otherwise noted.