Remove the memory of himself from everyone's minds (succeeded).

The Reality-Bender was an unknown reality-bending kid who was killed by his parents, but in his last moments he used his powers to remove his friend's and everyone else's memory of himself in order to remove the trauma of his painful death. This caused his bedroom to achieve anomalous properties leading to the SCP Foundation designating it as SCP-5256.

The reality-bender was a kid possibly 15 years of age living with his religious parents in house in Weehawken, New Jersey. There he became friends with a girl living nearby named Laila Jennings and she would often visit him and interact in his room. However, after his parents discovered their son's reality-bending powers they believed that he was possessed by a demon and so they locked him in his room and enforced the exits. The parents proceeded to try to exorcise him through different methods such as using a book about "ceasing witchcraft", but seeing that none of them worked the parents decided to kill the poor boy in order to "free his spirit". They tried different methods to kill him such as force feeding him poisoned Goldfish crackers, cave crickets, before injecting him with anesthetics and crucifying the boy alive in the corner of his room. In his final moments Laila witnessed the horrible torment he endured and not wanting to let her be traumatized by the sighting he used his powers to give his body antimemetic properties in order to remove his existence from everyone's memory. Following his death the room he was in became imprinted with his mental stress and became severely distorted, causing the parents to flee in confusion.

When a clueless Laila reported the anomaly plaguing the room to the police, the SCP Foundation intercepted the call and proceeded to contain the room and designated it SCP-5256. Because of the antimemetic properties, the Foundation was unable to discover what had happened and nor were they able to identify the boy's corpse. They eventually decided to D-5075 to interact with the corner of the room where the corpse resided and although she was unable to see it and could his body and the nails which were used to crucify him. After interviewing and administering amnestics to the questioned people and the Foundation began going after the parents who had fled the house and their current location was unknown.

The true appearance of the reality-bender is never revealed and there are no details about it.

The boy was a reality-bender who could manipulate reality to an unknown extent. He also appeared to possess some durability as his parents needed to first poison him in order to proceed with the crucifixion. Near his death the boy was able to use his powers to give his body antimemetic properties which lead to everyone who knew about him forgetting he ever existed and made others be unable to perceive his remains. His torment at the hands of his parents also accidentally caused to imprint his room with his powers which resulted in the room and objects containing inside becoming distorted.

Not much was known about the reality-bender's personality, apart that he seemed to have been a kind boy who enjoyed interacting with his only friend Laila. As a result of the horrible torment delivered by his parents the boy became mentally stressed causing to accidentally distort reality around him. In his final moments after seeing that Laila had witnessed the torture he didn't want to let her live with this horrible memory and so he decided to be eternally forgotten, using his powers to give himself antimemetic properties and removing every memory of him from anyone's mind. 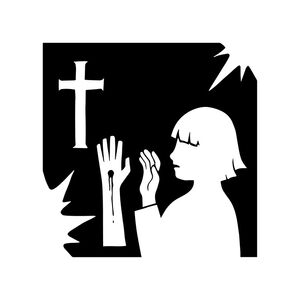 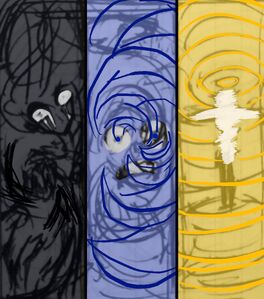