Leader of The Flock

To keep the eggs safe from the Pigs

Red, The Red Bird is the main protagonist in the Angry Birds series of games created by Rovio Entertainment. First introduced in 2009, the character is the primary bird used in marketing to promote the series.

The first bird used in the game, he has appeared as a playable character in every version and episode of the game released so far, though he is not necessarily in all levels. In the Fuji TV exclusive episode: Sakura Ninja, Red Bird appears dressed as a ninja. This was the first time he has appeared in costume in any game and completely new game sprites were created for this episode.

Starting with Poached Eggs, Red Bird will be able to cause great damage to the weaker structures, but as the player advances through the levels and episodes, they soon discover that Red Bird doesn't have much strength compared to the other birds, and can usually only shatter about one long wood or glass block per turn.

Red Bird is useful through all levels, as he can be used to finish off areas that have been weakened by other birds.

Red Bird doesn't have a special ability. When tapped or clicked, it will produce "Ca-Caw!" or ""Gnaah" cry, as with Big Brother Bird. However, Red does gain the ability to charge towards the spot of his (or the player's) choosing with the Mighty Eagle's feathers in his possession in chapter 9, Red's Mighty Feathers, quite similarly to how Chuck can in Angry Birds Space.

Red has two red feathers on top of his head, and has two black eyebrows that form a unibrow when it is in default. He has 3 tail feathers, two maroon eye bags, and two maroon spots on either side of his face. His beak is yellow and he has beige chest feathers. In his earlier cartoon appearance until the four-part movie Angry Birds Bing, Red's appearance remains the same as he gains three feathers in each sides instead of two maroon spots in either side of his face and his chest feathers are white.

Red Bird has a short temper when it comes to egg theft and, like most of the Flock, becomes enraged easily when eggs are discovered missing. His best friend and confidant is Yellow Bird (Chuck). Red was also a perfectionist such as clipping the grass in a field until it was just so for the eggs. Although he is undeniably aggressive, he had enough manners to spare Matilda's feelings after the food she cooked was disgusting.

Little is known about Red Bird’s history before the events of the first Angry Birds game.

Once the King Pig decided to steal eggs from the Birds on their island, Red has been at the forefront of the war between the Angry Birds and the Bad Piggies. Red Bird, Yellow Bird and one Blue Bird (The Blues) were the first to discover the first eggs missing after severely attacking an insect for landing on their eggs. He is considered the leader of the Flock, though he displays no exceptional powers as the others do.

In the course of the battles with the Pigs, he has traveled to many different locations and environments, including the desert, underground caves and beaches. The Pigs never rest in their quest to steal eggs and the Flock often has to retrieve their eggs on holidays and special occasions. In one instance, the Pigs captured the entire Flock, including Red Bird. It was only for the actions of Terence, the Big Brother Bird that the Flock was freed.

In addition to Rio, Red has also traveled to China twice and Japan, where he dressed as a ninja.

During the Wreck the Halls adventure, Red Bird and Bomb took the lead in chasing the Pigs through the snow on skis.

In one conflict, the Bad Piggies stole a girl egg. When the flock retrieved her, Red Bird was seen in the company of a female counterpart watching over the eggs. From the picture taken, it would appear that this is his mate and the Boy and Girl eggs are his offspring.

In another adventure, Red and the Flock were whisked into Space via a wormhole, gained special abilities as a result of the wormhole energy, and fought the Space King and the Space Pigs in order to regain their stolen eggs.

In Chuck Time, Red was shown that he had fallen off the cliff, which however, he was saved by Chuck from falling to his death.

In Slingshot 101, they are scolded by Red when he tells them not to play on the slingshot. Afterwords, he can be seen playing with them as if he tolerates their behavior. He also trusts them to watch the eggs, as seen in the Angry Birds Space comic and "A Piece of Cake". However, they usually do not follow through with the job and he usually has to be the one to save the eggs or scold them.

The Blues don't like his constant nagging, and see him as annoying sometimes.

In the Summer Picnic Animation, Red extremely dislikes Hal at first, not trusting him enough to use the Slingshot. They neglect him, thinking he will only be a burden. Red pushes him away after he messes up Matilda's shot. However, after Hal saves the eggs, Red is extremely grateful and accepts him as a part of the flock. Throughout the Angry Birds Mini-Comics, Red and Hal are shown to be good friends and Hal is cheery and optimistic towards Red.

Terence seems to be a much older version of Red, as they are the same species. Red is the only one who can understand Terence and cares for his temper, and he tells Terence to "take it easy" in comic #2. From the Toons episode Nighty Night Terence, it is seemingly shown that Red can entrust the Egg's safety with Terence, leaving him and the eggs at the end of a clifftop, which is not very safe.

Due to being the same species it can be assumed that Terence and Red have a brotherly-like connection, or may even be related as a whole, as Terence's name was originally "Big Brother Bird".

In the Angry Birds Mini-Comic Issue #2, Red states that he would never hurt Bubbles, after seeing a picture of him popping Bubbles.

With Silver being the newest member if the Flock, it is Red's responsibility to show her the ropes of the lifestyles of the Angry Birds and help her adjust to being serious when it comes to pig fighting.

It is presumed that Red and King Pig have been moral enemies ever since the Birds arrived on Piggy Island, and to this day King Pig frequently attempts to steal the Eggs for his own greedy needs. In the Angry Birds National Geographic book entitled "Animal Showdown", it is solemnly revealed that Red will not stop protecting the Eggs from the Pigs until King Pig is defeated for good, then peace can be restored to the island.

In the Toons episode Pig Plot Potion, Red is turned into a pig by Chef Pig. By the way they cooperatively work in preparing King Pig's meal, it is possible if pigs didn't steal eggs and birds took care of their anger, they could have positive relationships.

In many different episodes, Red is very overprotective of the eggs and risks his own life over saving them. In Egg's Day Out, Red ventures out to save one single egg, and even smashes a leaf apart afraid that it was a threat to their safety. Red is the caretaker of the eggs most of the time, and was even the one to find them on the shore before the pigs did. He always manages to rescue the Eggs when the pigs capture them, and throughout the entire Egg Defender mode in Red's Mighty Feathers, he protects a singular egg from all the Bad Piggies. He is constantly concerned over them, as shown in Off Duty when he is reluctant to turn over the Eggs' responsibility to Chuck, Bomb, and the Blues.

According to The World of Angry Birds Official Guide, Red dislikes the Mighty Eagle because he stays in his cave most of the time and never joins any fight with the pigs until the very last moment. This is also exemplified in the movie. 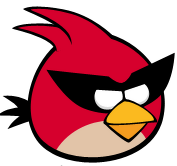 As seen in Angry Birds Space. 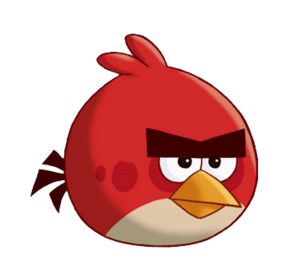 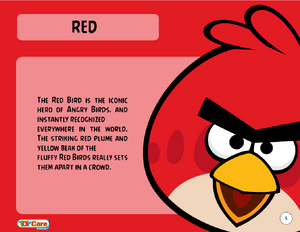 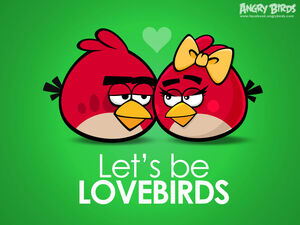 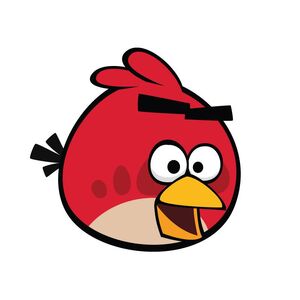 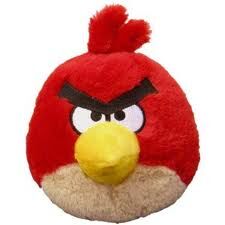 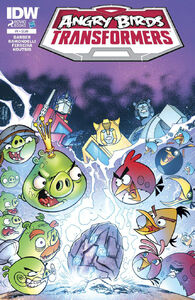 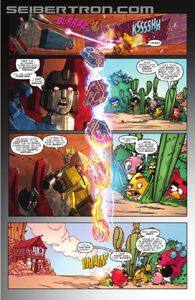 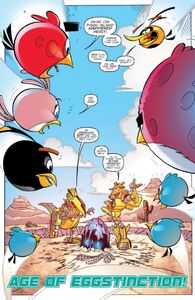 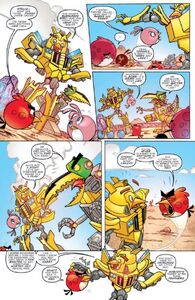 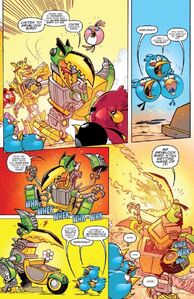 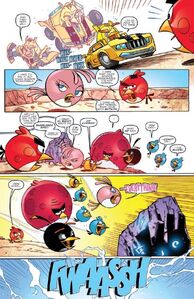 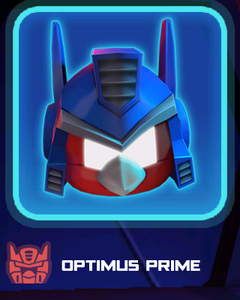 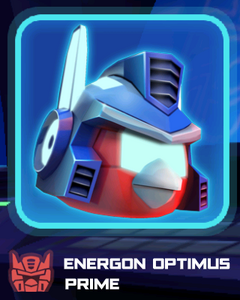 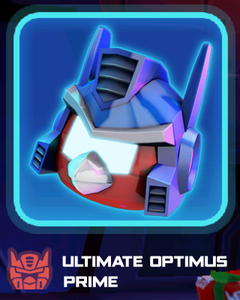 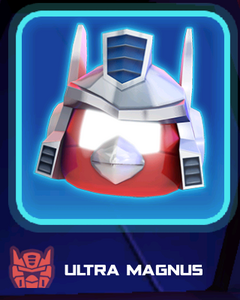 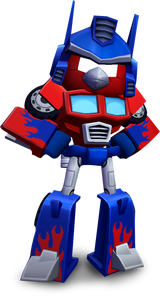 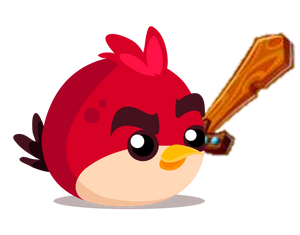 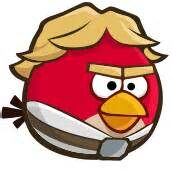 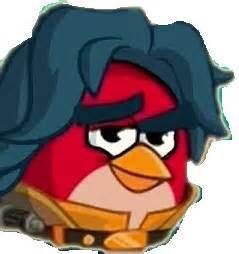 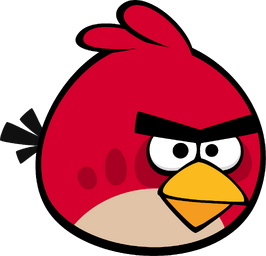 Retrieved from "https://hero.fandom.com/wiki/Red_(Angry_Birds)?oldid=2227008"
Community content is available under CC-BY-SA unless otherwise noted.