Red Guy is the main protagonist of the Don't Hug Me I'm Scared series. He is the friend and presumed caretaker of Yellow Guy and Duck Guy.

He is portrayed and voiced by Joe Pelling, who is one of the creators of the series.

He is also the tallest out of all of the main characters of the series.

In the end of Don't Hug Me I'm Scared 6, Red Guy's colour was changed to blue, which is his favourite colour.

Red Guy begins as one of the main characters of the DHMIS show, and remains that way until the Computer episode. He is the only one to break free of the Digital World, and escapes the show. Through the Healthy Eating episode, he calls Duck, causing Duck to rebel and possibly escape the show. In the sixth episode, he is shown in a sequence that is either a flashback or the present working in an office, and suddenly appears back in the DHMIS world. He eventually finds a control panel showing him images of Yellow Guy being tormented by a new teacher. Despite his best efforts, Red Guy can't save him. It's only after Roy appears that Red Guy tries destroying the whole system by pulling the plug. In the end, he's reunited with his friends in a new version of the first episode, but seemingly under his control as opposed to Roy’s tyrannical rule. 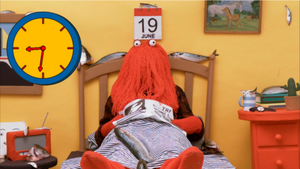 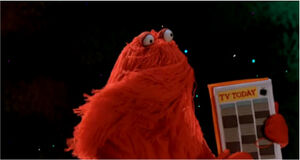 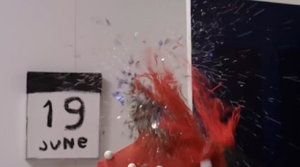 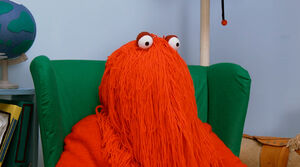 Retrieved from "https://hero.fandom.com/wiki/Red_Guy?oldid=1798603"
Community content is available under CC-BY-SA unless otherwise noted.